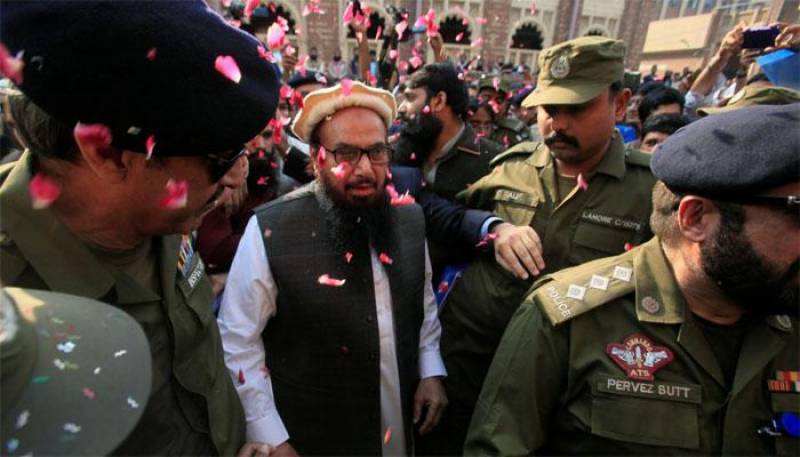 148 properties linked to JuD chief were seized in Punjab province.

Interior Secretary Arshad Mirza told the Senate Committee on Interior on Thursday that the Islamabad Capital Territory (ICT) had confiscated three immovable assets of Jamaat-ud-Dawa (JuD) and FIF, including hospitals and dispensaries.

The meeting was presided over by Senator Rehman Malik, the report said.

Mirza further informed the committee that Pakistan Red Crescent, a humanitarian organisation, had been asked to take over seven ambulances associated with the two organisations.

Senate Committee on Interior had earlier sought to know from the Ministry of Interior and Foreign Affairs on what measures the government had taken in view of Pakistan's placement on 'grey list' of the Financial Action Task Force (FATF).

Mirza told the panel that the Lashkar-e-Toiba (LeT), the JuD and the FIF were on the United Nations Security Council's (UNSC) sanction list as per its resolution number 1267.

Therefore, Pakistan was supposed to impose sanctions against the three outfits, he said.

The Anti-Terrorism Act (ATA) was also amended through a presidential order for taking action against the three organisations that had been declared proscribed by the UNSC, he added.