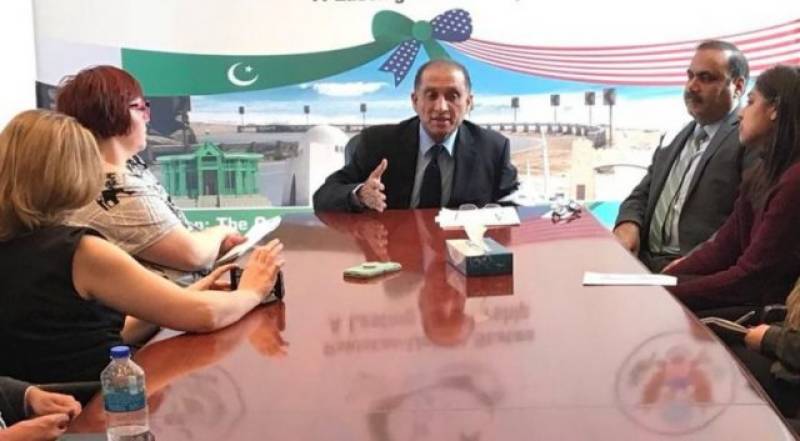 WASHINGTON: Aizaz Chaudhry, the ambassador to the US, said peace in South Asia is contingent upon stability in Afghanistan, adding Pakistan is opposed to every kind of terrorism and evil designs.

He said this while talking to eight-member delegation of the US journalists in Washington.

Sparring with the US journalists on different issues, he said his country will work in concert with all the stakeholders in order to seek the resolution of Afghan issue as instability in Afghanistan will adversely impact the entire region especially Pakistan.

Pakistan achieved incredible successes against terrorism that improved the security, and law and order situation in the country.

Aizaz Chaudhry underscored the need for an Afghan-led and Afghan-owned peace process that may offer incentives for all the Afghan stakeholders.

“Pakistan has sacrificed a lot in anti-terrorism war and taken indiscriminate action against terrorists. Now the development, social and economic work is in progress in terrorism-affected areas,” he added. APP/AFP