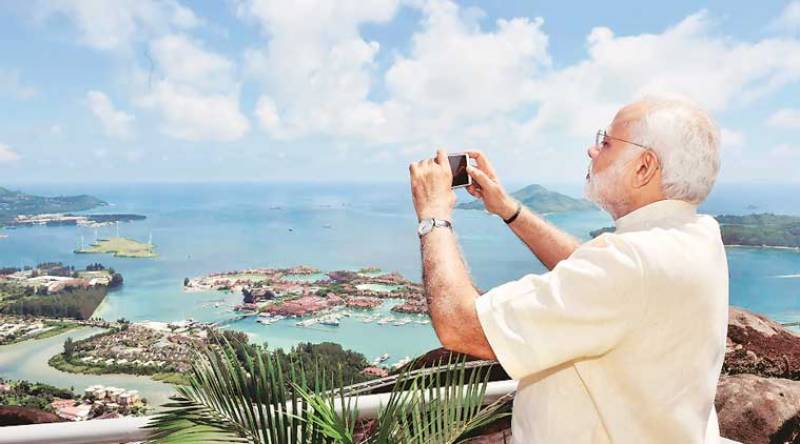 NEW DELHI - In a new embarrassment to India, details of purported security pacts between India and Seychelles have surfaced on the Internet along with a YouTube video, complete with maps and location of proposed facilities.

There has been no official word from the government so far on the texts doing the rounds. But these documents have surfaced weeks after outgoing Foreign Secretary S Jaishankar visited the Indian Ocean island in January this year to seal a renegotiated security deal.

The 2018 agreement is said to be a more detailed and improved version of the 2015 pact signed between the two countries when Prime Minister Narendra Modi visited Seychelles.

The documents on the Internet, said to be texts of both agreements, were suspected to have been leaked this week from Seychelles.

On Tuesday, Seychelles President Danny Faure was quoted by Seychelles News Agency as telling the national assembly: “Assumption belongs to Seychelles and Seychellois. Land on Assumption has not been sold or leased to the Government of India.”

Developing infrastructure on Assumption is a key piece in India’s proactive maritime strategy as it counters China’s moves in the Indian Ocean region.

“The 2015 agreement was a very basic agreement with key areas outlined. Following re-negotiation, a lot of the concerns from the Seychelles side was accommodated in the revised text of the agreement in January 2018. The new text also spelt out specifics and the nitty-gritties in greater detail,” sources said.

Unlike in 2015 when the joint project monitoring committee was chaired by the Indian envoy, the 2018 version had the Indian envoy and the Seychelles Foreign Secretary as co-chairs.

The same template was followed for the joint working group with the Indian envoy and the Seychelles Foreign Secretary as co-chairs.