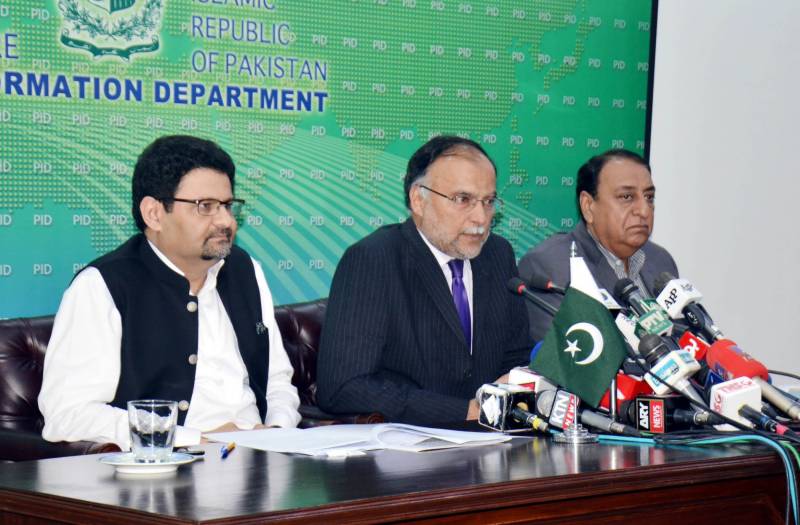 ISLAMABAD:The fiscal budget for the year 2018-19 will be presented on 27th of next month.

This was stated by Advisor to Prime Minister on Finance Miftah Ismail at a joint news briefing along with Interior Minister Ahsan Iqbal and Minister of State for Finance Rana Afzal in Islamabad this evening.

The advisor said the government has taken all the provincial governments on board in this regard.

Responding to a question about circular debt, Miftah Ismail said the total public debt has reached 61.6 percent from 60.2 in 2013.

He said the debt increased due to rapid growth and increased imports in the country. Miftah Ismail said the exports of the country had risen to 15 percent and imports decreased to 8 percent in last month alone.

Speaking on the occasion, Interior Minister Ahsan Iqbal said the government has practically followed its vision 2025 and delivered on its promises and exemplary progress has been witnessed during the last four years.

He said achievements of the present government have been internationally acknowledged.

The Interior Minister said the results of unprecedented investment and revolutionary steps taken in different fields are bearing fruits in the form of a positive and stable economy.

He said the present government has added about twelve-thousand megawatts of electricity in the system which is a remarkable success.