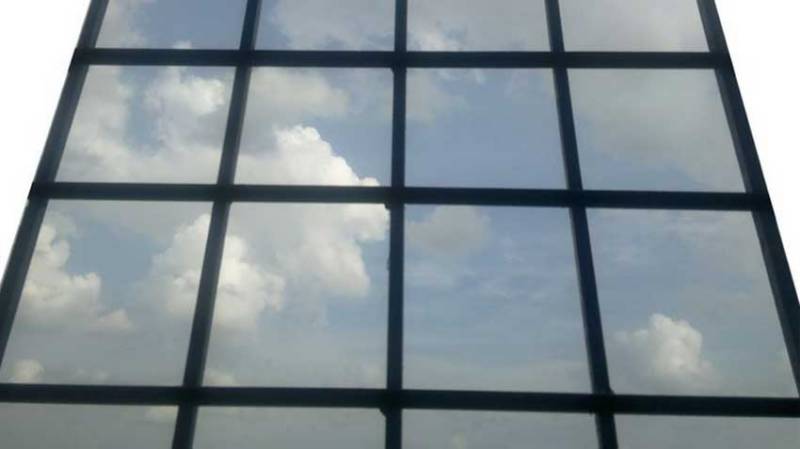 WASHINGTON: Canadian scientists have developed a simple, cost-effective technique for making color-changing windows to save energy, according to a study published in the journal Chem.

These smart windows can conserve building energy by switching from clear to tinted, dynamically controlling heat and light from the sun, depending on the building and occupants' needs, according to researchers.

Cheng Wei, a postdoctoral at University of British Columbia (UBC), found a new way to make glass materials that change color in response to electricity.

Cheng told Xinhua that "electrochromic windows can be electronically tinted or cleared to optimize the daylight and solar heat passing through buildings."

Conventional windows waste a third of all energy used to heat, ventilate and air condition buildings.

It has been estimated that electrochromic windows can save the energy consumption by 20 percent, Cheng said.

Cheng's method deposits alcohol containing metal ions onto glass and then uses ultraviolet light to transform it into a film that coats the glass.

The film is completely transparent but turns blue when electricity passes through, ultimately creating the active component of a smart window.

Smart windows currently cost about 500 to 1,000 U.S. dollars per square meter, much higher than a conventional glass window.

This new method means that windows can be manufactured without high temperatures or sophisticated vacuum equipment that are currently used to make such devices, potentially reducing the cost.

"Our technique creates a uniform dynamic coating without the need for special instrumentation," said Cheng.

Cheng added that they were experimenting with more neutral tints so the windows would go grey instead of blue. Xinhua