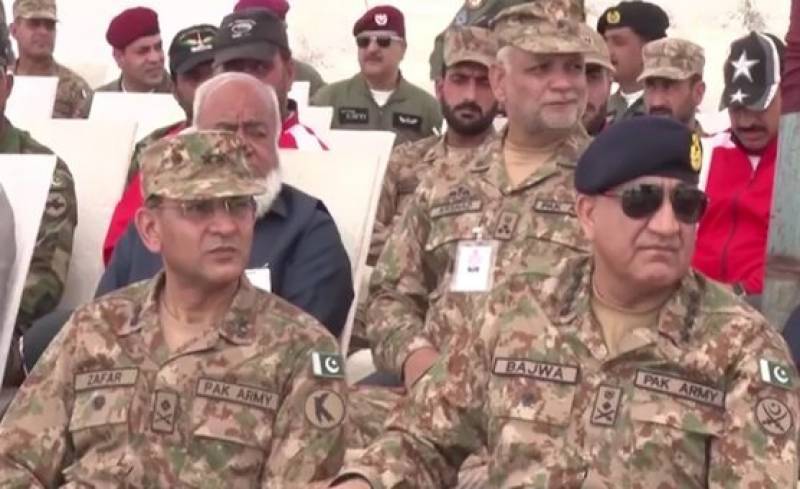 RAWALPINDI – Chief of Army Staff General Qamar Javed Bajwa has reached Panu Aqil cantonment where he was briefed about the security situation on the eastern border.

COAS visited the operational area on the eastern border in Pannu Aqil Division on Saturday. According to the ISPR, the COAS was briefed about operational preparations of the troops.

The COAS lauded the best operational preparations and high morale of the troops.