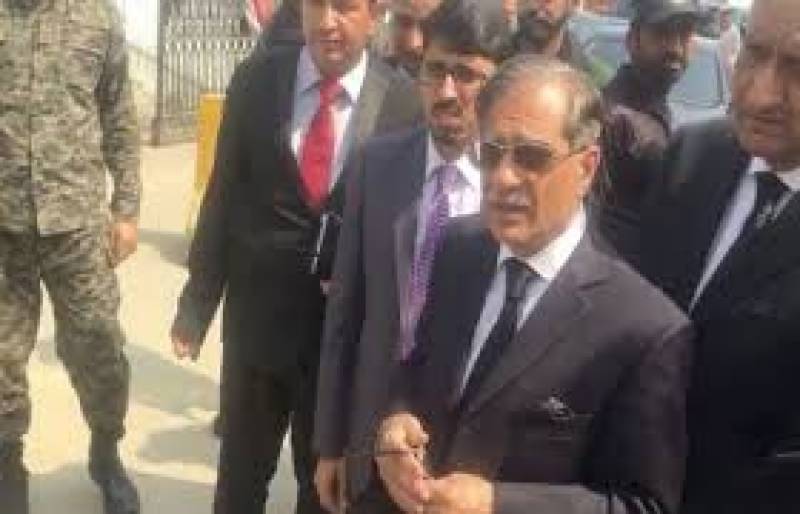 At Services Hospital,he reviewed treatment facilities being provided to patients. Later, the Chief Justice also visited the Punjab Institute of Cardiology, where he expressed annoyance over provision of poor facilities to the patients.

The chief justice visited the Red Crescent Medical College in Phoolnagar, between Lahore and Pattoki.

At the chief justice's visit, students began protesting against the university administration. The chief justice learned from students that they have been charged two to three million rupees as fees.

Hearing this, Chief Justice Nisar ordered the varsity administration to return the fees exceeding Rs850,000 and barred it from taking disciplinary action against students without taking the Supreme Court on board.

The chief justice also ordered the Federal Investigation Agency and Kasur district police officer to probe the issue of exorbitant fees after which one university official was detained. APP/AFP