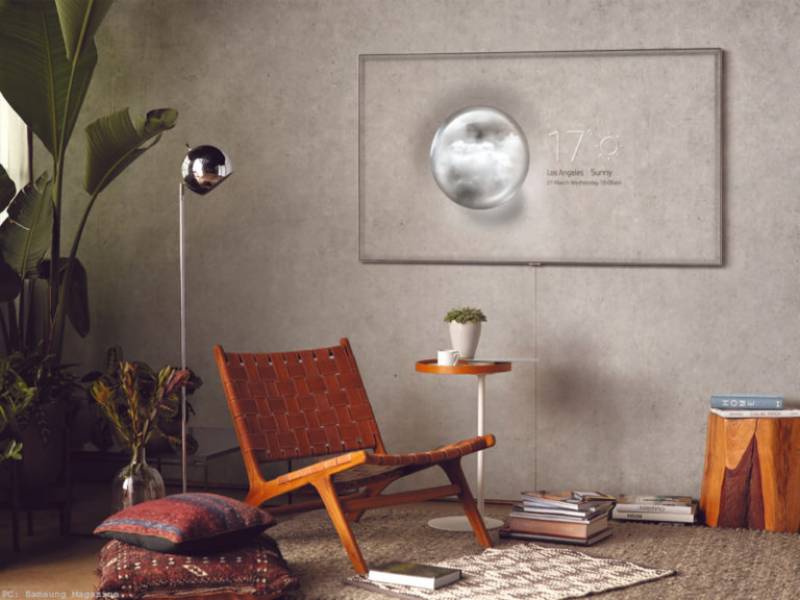 LONDON - *Samsung has unveiled New technology which can make your TV invisible. *

*Samsung 4K QLED TV, which contains such a feature that can make your TV go invisible and camouflage with whatever the background is.*

Samsung’s new flagship of QLED 4K TVs come in with an entirely new feature called ‘Ambient Mode’. With the help of color and brightness process, this mode lets the TV to blend in with the background when it’s turn off, making if go kind of invisible and creates an illusion.

In order to turn on this feature, this user would have to open up Samsung’s SmartThings app that is connected with home hub. The user will then have to take a picture of whatever the background is and the ambient mode will imitate the pattern on the wall behind the TV to create the transparent effect, *Tech Juice*explained.

Also, the TV features an in-built timer that turns off the ambient setting after a while if it does not sense any smartphone or human nearby for saving electricity consumption. There are also features that display time, weather and news headlines on the screen even when the person is not around. With Bixby voice assistance, the user can control connected gadgets over the house and can follow commands to play specific shows. Also, with its extremely small cord the TV can be placed wherever the user wishes to with the wires totally out of view, reported *Gizmodo.*

Moreover, the South Korean tech giant released five QLED models of its 4K TV with minute alterations in between them ranging from size 49 inches to 88 inches. The firm has not yet revealed the prices of these televisions but, they will be available for purchase within few weeks.