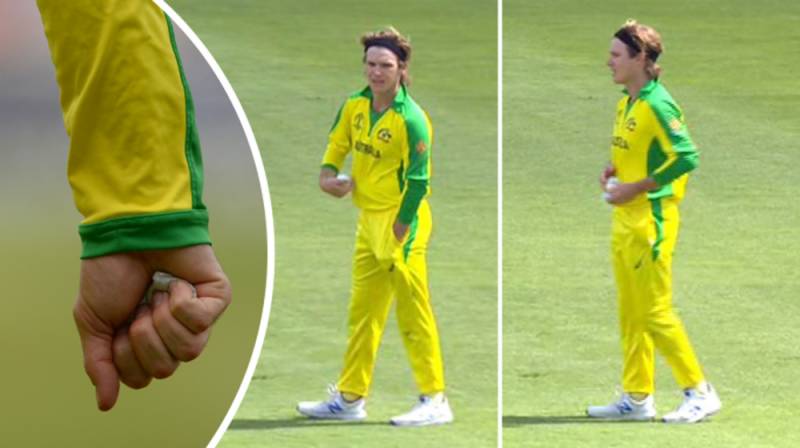 In their recent game against India, Australian spinner Adam Zampa was seen fidgeting in his pockets, before holding the ball and walking into bowl.

The social media lit up when the footage and claims of ball tampering, following Australia’s highly publicized drama in South Africa last year which led to Steve Smith, David Warner and Cameron Bancroft being banned.

However, the Australian camp has clarified that there was no ball tampering. Speaking to the reporter, the captain of Australian team Aaron Finch said:

I haven’t seen the photos, but I know that he has hand warmers in his pocket. He has them every single game he plays.

The captain insisted that the leg-spinner uses hand warmers while bowling as it helps him grip the ball much better.

I honestly haven’t seen them (the images), so I can’t comment too much on it. But I know for a fact that he has hand warmers every game.

Adam Zampa is not under investigation as the on-field umpires did not raise any concerns during the match.

With good batting wickets and a new ball from each end, bowlers are finding it difficult to find their flow in the on-going World Cup. Umpires have warned several teams for balls being bounced back to the wicketkeepers, potentially scruffing the leather of the ball.