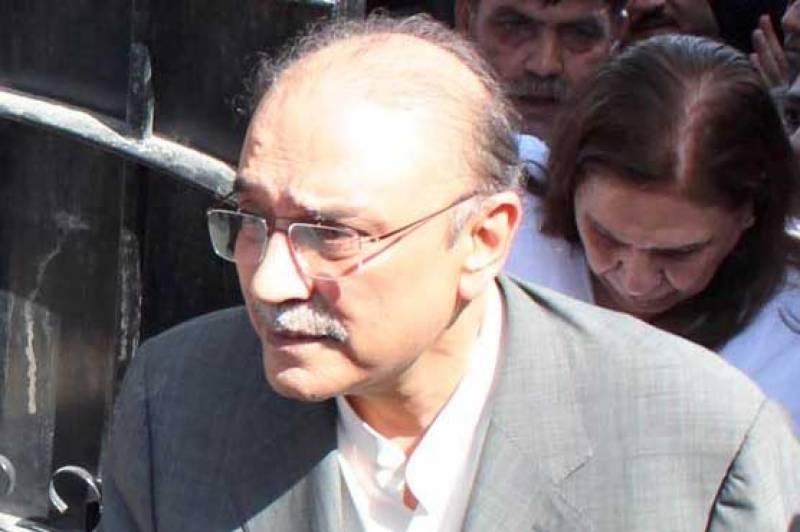 ISLAMABAD – Asif Zardari's medical report has been revealed by Medical Board in NAB custody.

The medical board on Monday has completed medical checkup of former president and Pakistan Peoples’ Party (PPP) co-chairman Asif Ali Zardari and declared him fit after he was arrested the National Accountability Bureau (NAB) following the refusal of his pre-arrest bail by the Islamabad High Court (IHC).

Earlier, the former president had surrendered himself to a team of the National Accountability Bureau (NAB) after Islamabad High Court (IHC) rejected Asif Ali Zardari and Faryal Talpur’s pre-arrest bail plea in the money laundering case.

Following the refusal of his pre-arrest bail, a team of the National Accountability Bureau (NAB) accompanied by police personnel had reached the residence of PPP co-chairman Asif Ali Zardari in order to arrest him.

PPP chairman Bilawal Bhutto Zardari and Asifa Bhutto were present on the ocassion. The NAB team did not arrest Faryal Talpur though.

Asif Zardari was taken to NAB office in Rawalpindi where he was shifted and to cell no 2. The former president will be presented before the accountability court on Tuesday where the NAB will appeal for his remand.