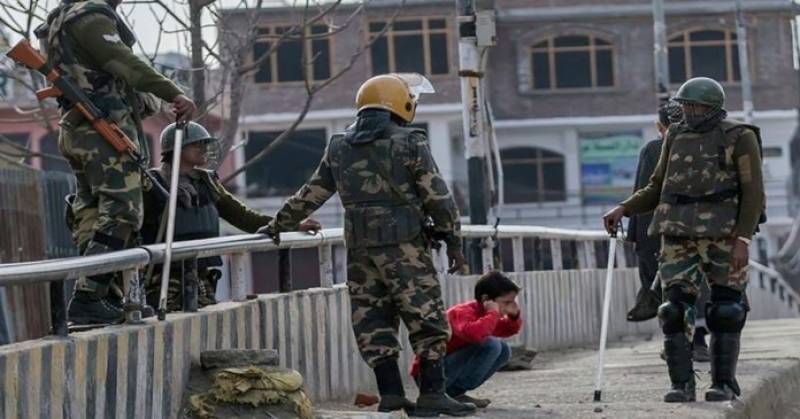 ISLAMABAD-Indian troops continue massive cordon and search operations across the territory, subjecting the residents to torture and harassment.

The troops have also arrested several youth from different areas.

An analytical report released by Research Section of Kashmir Media Service, today said that in order to suppress Kashmiris’ ongoing freedom struggle and to create a sense of fear among the masses, Indian troops and police personnel were not even sparing innocent children in the territory.

Indian police once again summoned senior journalist and Editor of news portal ‘KashmirWalla’, Fahad Shah, today, in connection with coverage of a cordon and search operation in Srinagar in May, this year.

She said purported aim of such a policy is to eliminate any media house that refuses to toe the policy of Modi government.

Senior journalist, Altaf Hussain, said Indian government wants to kill journalism itself because it does not want the world to know the ground situation in the valley.

The children of illegally detained Hurriyat leader, Muhammad Yasin Attai, have appealed authorities to release him as they lost their mother who passed away, the other day.

Yasin Attai is lodged in an Indian jail in Uttar Pradesh.