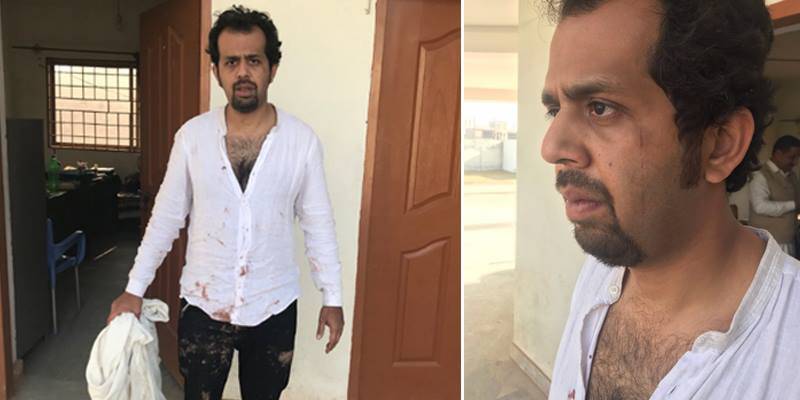 ISLAMABAD- A Pakistani journalist was assaulted by 10-12 armed men on Wednesday and escaped an enforced abduction attempt.

The news was shared by Siddique himself afterward using the twitter account of Dawn News correspondent Cyril Almeida.

Taha Siddique, Bureau Chief of online news website World Is One News and the country correspondent of France 24/7, was on his way to the airport when he was stopped by the assaulters. The journalist was beaten and threatened with death. Assaulters took all his belongings including his laptop, mobile phone and other documents of importance.

According to the sources close to Taha, the journalist was on his way to the United Kingdom for a work-related tour. Siddique was working on a project and had all the data related to the project with him when he was attacked.

After Siddiqui posted his message on Twitter, messages of support from journalists started pouring in.

“Journalist community must condemn the kidnapping attempt of Taha Siddiqui with full unity, no compromise on harassment of media,” wrote Hamid Mir.