Is Israel planning and preparing for a war against Islamic countries in Middle East?
10 Feb, 2020 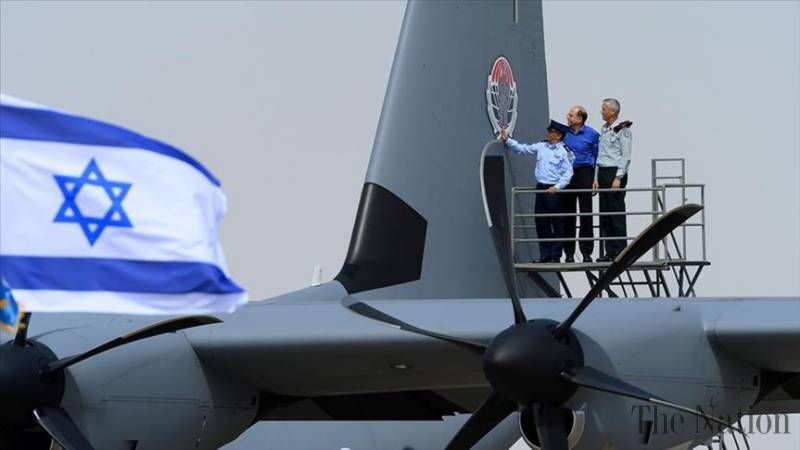 "War Games in the North" came as part of the INSS annual conference in the Smolarz Auditorium at Tel Aviv University with Israeli, American and Russian participants discussing various scenarios of a potential development of a conflict in the Middle East link , involving Israel, Lebanon, Syria, Hezbollah and Iran and global players – the United States and Russia.

The participants in the military simulation came to the conclusion that all of the actors of the hypothetical conflict - in which Israel initiates attacks on Lebanon and Syria – would opt for de-escalation as no one is interested in an all-out war.

One might ask whether the discussion indicates that Israel is bracing for new conflict in the region given the US-Iran row over Quds Force commander's assassination and Tehran's subsequent retaliatory strike, as well as Trump's "deal of the century" that has already reverberated through the Arab world.

This is not the case, says retired Brig. General Dr Meir Elran, a senior research fellow and head of the Homeland Security Program and a co-head of the Society-Military Program of INSS: whatever experts are discussing at INSS annual gatherings is not necessarily based on immediate events, he says.

"Presently we have several main issues that we are concerned with", Dr Elran stresses. "One of them of course is the situation in the north [of Israel], especially the attempts of Hezbollah with assistance of Iran to accelerate the military buildup over there. The question is being asked in Israel what we should do about this kind of military threat. And the other one [issue], of course, is the Trump initiative which has been developing for more than three years now but coincidentally was published exactly the same date that the conference opened".

The security expert elaborates that "what Israel is basically trying to do is to keep the status quo": "This is the most important strategic goal as far as Israel is concerned", he adds.

"We are definitely not interested in any conflict and I think any conflict will be detrimental to the interests of Israel. We are doing whatever is possible to refrain from any major conflict", Dr Elran says, referring to Israel's Campaign Between Wars (CBW) doctrine aimed at proactively delaying wars and deterring enemies by constantly weakening their force buildup.

*How Israel Sees Russia's Role in the Middle East link*

While discussing a hypothetical conflict involving Israel, Lebanon and Syria the INSS panelists emphasised Russia's role as key to de-escalating the situation given its working relations with the regional and external players.

Though refraining from calling Russia a major peace guarantor in the region, the retired brigadier general opines that Moscow is "being very involved presently in the situation in Syria", which imposes on Russia certain "responsibilities" to prevent the Arab Republic from becoming a battleground for conflicts and hostilities between various state and non-state actors.

Dr Elran notes that currently the situation in Syria does not correspond to the basic interests of Israel given the presence of Iranians and their proxies in the region, in close proximity to Israel's northern border.

According to the Israelis, Tehran has used the war in Syria to create a land corridor from Iran to Lebanon through Iraq and Syria thus shortening the time and range for attacks on Israel. Tehran vehemently denies any military buildup in the region saying that it has provided military consulting services to the Syrians at the request of Damascus as part of the international fight against Daesh.

"We are facing very serious threats mostly posed to us by the Iranians and their proxies", Dr Elran underscores. "The hostile environment between Israel and Iran is something that is causing different kinds of developments mostly presently in the Syrian arena or the arena north of Israel. We see an Iranian incursion, enhancement of their interests and their presence in Syria as very threatening. We don't like to see them as close as they are in Syria and this is a thing that would be or should be discussed and agreed upon by Israel and Russia because the relations between Russia and Iran is also a complex issue and I think the Russians have a major role to ensure that Iranians do not continue with their efforts to escalate the situation in Syria and Lebanon". - Sputnik