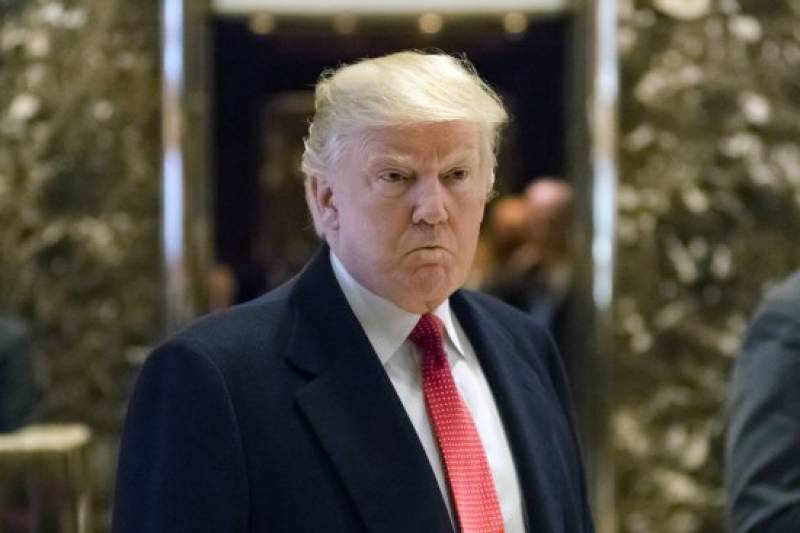 WASHINGTON (APP)- The following is a list of key cabinet and other nominations made so far by US President-elect Donald Trump, who takes office on January 20:

One of Trump's earliest supporters during the campaign, the anti-immigration senator from Alabama has a much criticized record on race relations and was once denied a judgeship amid concerns over past comments about blacks. The attorney general heads the department of justice.

A US asset investor and billionaire, Ross is best known for investing in failing steel and coal firms and selling them for profit. He was once known as the "king of bankruptcy" for his history of investing in such businesses.

A retired four star Marine general, Mattis commanded US forces in the Middle East and Southwest Asia from 2010 to 2013, capping a career as a combat commander that earned him the nickname "Mad Dog." A scholar of warfare, he is said to have a particular interest in the challenge posed by Iran. To become secretary of defense, Mattis would have to get a congressional waiver from a law that bars generals from serving as defense secretary for seven years after leaving active duty.

A wealthy activist and Republican megadonor from Michigan, DeVos is a champion of alternatives to local government schools, backing a movement that advocates the use of tax credits and vouchers to allow parents to opt out of the public school system.

The retired neurosurgeon and onetime rival to Trump for the Republican presidential nomination is so far the only African American named to Trump's cabinet. The religious conservative with no experience in elective office, who grew up poor in Detroit, will be tasked with turning around America's troubled inner cities.

The chief executive of CKE Restaurants, which owns fast food chains Carl's Jr and Hardee's, is opposed to raising the national minimum wage. He also backs the increasing use of automated technology to keep labor costs down.

The Taiwan-born former US labor secretary under president George W. Bush also served as the deputy secretary of transportation in his administration.

She was the first Asian-American woman to serve in the cabinet and is the wife of Senate Majority Leader Mitch McConnell.

Another General added in the Trump cabinet

The Wall Street veteran was a partner at Goldman Sachs before he launched an investment fund backed by Democratic Party supporter George Soros and financed Hollywood blockbusters like "Avatar" and "Suicide Squad."

As South Carolina's governor, Haley rose to prominence when she led efforts for the divisive Confederate flag to be pulled from the state's capitol following a 2015 massacre at a historic black church in Charleston. The daughter of Indian immigrants was sharply critical of Trump during the election campaign.

Head of the Republican National Committee, Priebus is a seasoned political operative who can build bridges between Trump and a skittish Republican leadership, particularly House Speaker Paul Ryan, a longtime ally.

The attorney general for the state of Oklahoma is a known climate change skeptic, and an ally of the fossil fuel industry. Before accepting the nomination, Pruitt spent much time battling the agency he is tapped to lead.

The wrestling tycoon and two-time Republican candidate for the US Senate from Connecticut, will now be responsible for supporting America's 28 million small businesses, which employ around half the country's private-sector workforce.

A key figure in Trump's victorious election campaign, Bannon served as executive chairman of conservative news platform Breitbart, a favorite news source of the so-called "alt-right," an offshoot conservative movement that embraces a mixture of populism, racism and white nationalism. His appointment, which does not require Senate confirmation, has been controversial.

A strident critic of the Iran nuclear deal, the hawkish Kansas congressman was elected in 2010 to the House of Representatives, where he was a member of the hardline Tea Party faction and one of the leaders of the controversial Benghazi Committee that targeted Trump's Democratic presidential rival Hillary Clinton.

A top military counsel to Trump, the retired three-star general, a veteran of America's wars in Iraq and Afghanistan, has courted controversy with extreme statements that critics say border on Islamophobia, but has taken a more flexible line on Russia and China. The national security advisor is not formally part of the cabinet but is usually one of the president's most influential advisors.

F-16 in India: Will Donald Trump stop the Indo-US deal?

A former commissioner and chairman of the Federal Election Commission, McGahn represents "elected officials, candidates, national state parties, political consultants, and others on political law issues," as a partner at the jones Day law firm in Washington.

Trump has led a contentious search for secretary of state, with prospective candidates including erstwhile Trump critic and former Massachusetts governor Mitt Romney. But the list has recently widened to include eight or nine names.

Retired Marine general John Kelly is widely reported to be Trump's pick, but the formal nomination has not yet been made.