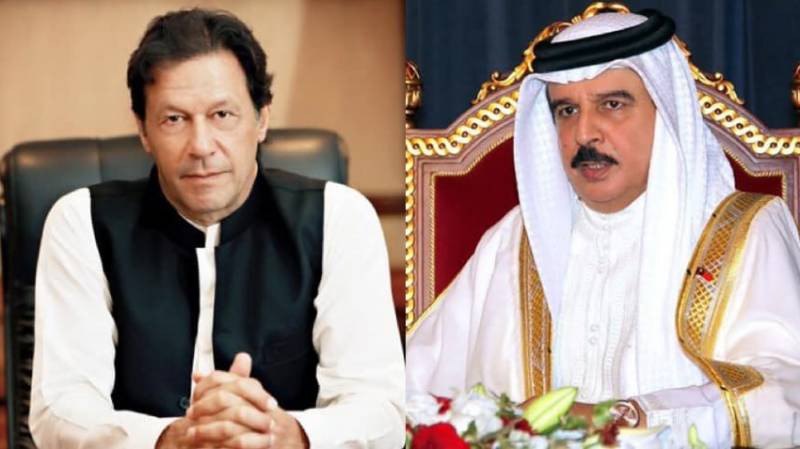 Prime Minister Imran Khan has made a telephone call to the King of Bahrain, Shaikh Hamad bin Isa Al-Khalifa, to apprise him of the evolving situation in the  Occupied Kashmir and Indian violation of the UN Security Council resolutions.

Prime Minister Imran Khan strongly condemned and rejected the announcement made by the Government of India and underlined that they are in violation of UNSC Resolution.

He stressed that IOK is an internationally recognized disputed territory and no unilateral step by Indian Government can change the disputed status as maintained in the UNSC Resolution.

He stressed that international community must play its role to stop India from this irresponsible and unilateral action to maintain peace and stability of the region.

King of Bahrain said his government is closely monitoring the developments in Indian occupied Kashmir with deep concern and hopes that all issues would be resolved through dialogue.