Want to build a relationship with US based on trust, mutual respect: Khan
10 Aug, 2018 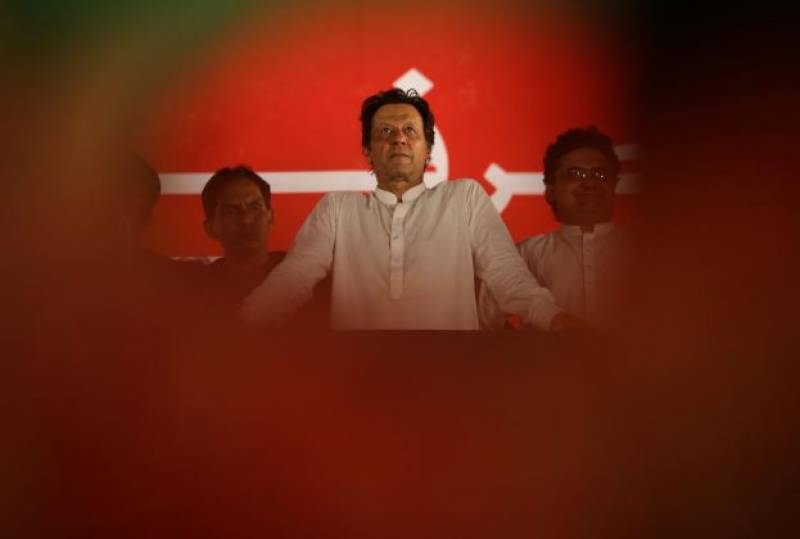 ISLAMABAD: Prime Minister-in-waiting Imran Khan called for more “trustworthy” ties with the United States which have frayed amid US accusations that Pakistan is aiding insurgents waging war in Afghanistan, something Islamabad denies.

Khan, who is due to be sworn-in as premier next week after his July 25 election victory, met acting U.S. Ambassador to Pakistan John F. Hoover on Wednesday and said the ups and downs in relations had led to a “trust deficit”.

Washington has suspended aid and military assistance to Pakistan.

“(My party) wants to build a relationship with United States based on trust and mutual respect and hence our government will engage with U.S. to make this relationship more balanced and trustworthy,” Khan’s PTI party said in a statement, attributing comments to Khan.

Khan added that there was a need to “transform” the diplomatic ties between the two countries. The U.S. Embassy in Pakistan has not commented on the meeting.

In January, U.S President Donald Trump further strained relations with a withering attack on Pakistan on Twitter, accusing Pakistan of playing a “double game” on fighting terrorism and vowing a tougher approach.

In the same tweet he said the United States has been rewarded with “nothing but lies and deceit” for “foolishly” giving Pakistan more than $33 billion in aid in the past 15 years.

Last week, the United States angered Islamabad by raising the prospect of opposing any future IMF bailout for Pakistan, which its economy badly needs, due to concerns the money would go towards paying off Chinese loans.

The United States is wary of the closer ties between Pakistan and China, which have deepened in recent years on the back of Beijing’s pledge to fund $57 billion in infrastructure as part of its vast Belt and Road initiative.

Khan’s party said the former cricketer also discussed Afghanistan with the U.S. envoy, stressing that a political solution was needed rather than more fighting.

“Stability in Afghanistan, he said, is (in) the larger interests of Pakistan, America and the region and hence should be earned through viable political engagements,” said Khan, according to the PTI statement.