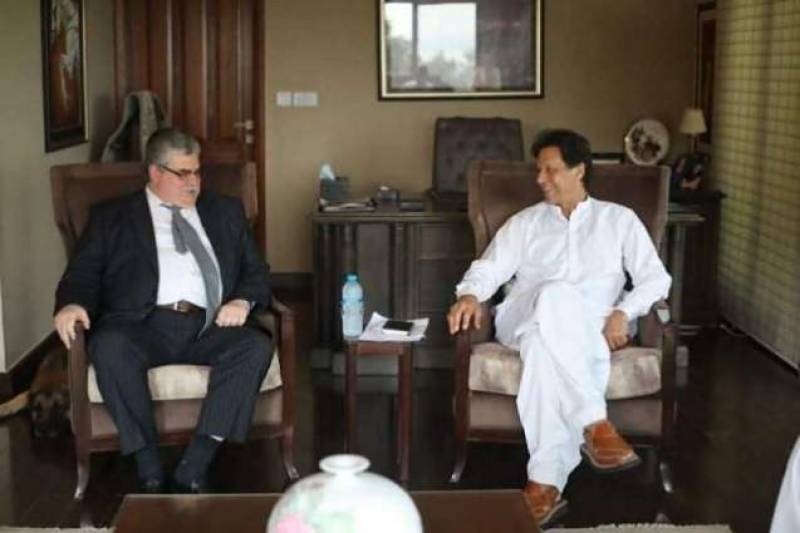 ISLAMABAD: Russian Ambassador to Pakistan, Alexey Dedov called on Chairman Pakistan Tehreek-e-Insaf (PTI) Imran Khan here at Banigala on Thursday and felicitated him over his party’s win in general election.

The ambassador stated that Moscow wanted to further improve bilateral relations with Islamabad and sought engagement in economic cooperation, human rights, chemical weapons, terrorism and peace and stability in Afghanistan.

Stressing on the need to further cement bilateral ties, Alexey Dedov urged to have direct transaction communication between banks of both the countries without involvement of a third country.

Chairman PTI Imran Khan thanked the Russian Ambassador and said that Pakistan would like to improve relations with Russia.

Imran Khan said that he wanted Russian drilling oil and gas companies to come to Pakistan.

Speaking about the importance of stability in Afghanistan, Chairman PTI stated that America had realized that military solution to the looming crisis of Afghanistan was not going to work; hence, there was desire for dialogue. “Now, peace has a chance and Pakistan is ready to help”, he added.