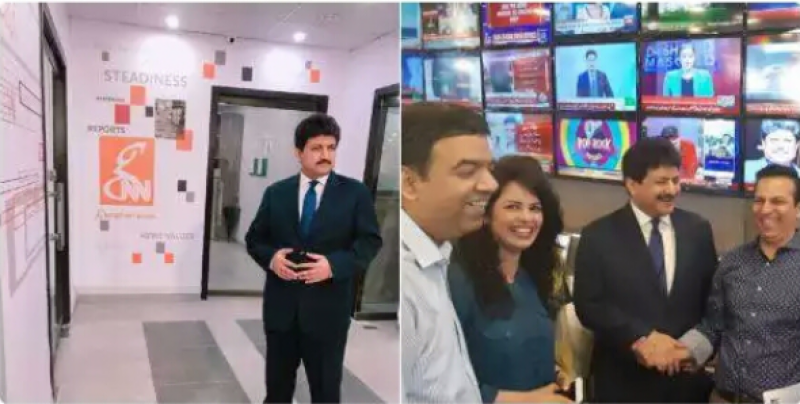 Hamid Mir joined an upcoming TV channel G News Network (GNN) as its president, according to reports circulating on social media on Friday.

The host of Geo News’ Capital Talk, a current affairs show, can be seen standing at the GNN newsroom in Lahore in a tweet shared by newscaster Salman Hassan.

Other social media sites also abuzz with this development; however, Hamid Mir has yet to confirm jumping the ship.

Born in Lahore on 23 July 1966, Mir initially worked as a journalist with Pakistani newspapers, and currently hosts the political talk show Capital Talk on Geo News. He writes columns for Urdu as well as English newspapers, both national and international.