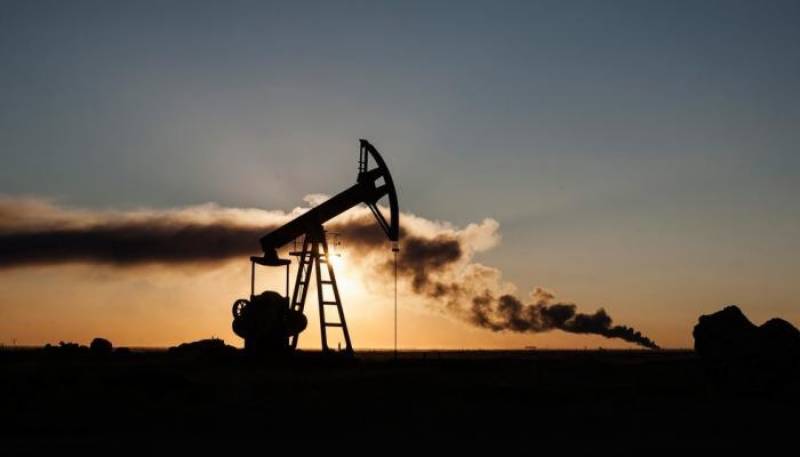 LAHORE - In response to an Online news agency story “Massive corruption revealed in Punjab Energy Company”, the company’s spokesperson has stated: “There is not a single rupee loot/plunder in Punjab Energy Holding Company (Pvt) Ltd (PEHCL), rather almost Rs 42 Million have been saved by undertaking few initiatives for cost saving since the inception of the company. The allegations are totally baseless."

"NAB is investigating all 56 companies on the directions of Supreme Court and there is no special investigation for PEHCL. The company has provided all data and documents as directed by NAB and Supreme Court in full confidence. There is no accused employee in the company what’s so ever.

The company was formed in light of the Promulgation of the 18th Amendment to the Constitution and Article 172(3), which states that joint ownership of mineral oil and natural gas between federation and province. Similar companies were formed in other three provinces and GHPL under the federal government, a company of similar nature and functions was also formed in early 90’s. The business of the company is regulated under Petroleum Policy 2018 of the federal government. The independent board members are the ex CEO’s / MD’s of state owned oil and gas companies and none of the board members are being investigated at all and such allegations are baseless.”

“Under the Petroleum Policy 2012 and Petroleum laws 2013, the company only has a right of 2.5 % working interest in the exploration blocks in Punjab. The current board has only authorized the company to pursue joint ventures with state owned companies’ i-e., OGDCL and PPL only. Company can’t have any project of its own, and those who understand the Petroleum laws knows that provincial Holding companies shall always be minor shareholders in exploration projects under taken by OGDCL and PPL. The company, with very limited funds managed to analyze all exploration projects in Punjab and selected 4 explorations blocks to exercise its constitutional right of 2.5 % working interest with PPL & OGDCL. PEHCL, with the help of existing data available with Ministry of Petroleum & natural resources did an in house initial project to ascertain the hydrocarbon potential of Punjab without the help of any external consultant to save cost.”

“The allegation of massive corruption of Billions is frivolous as no such billions were ever received in the company in the first place and funds release is still awaited which was approved by cabinet early in 2018. Further, no such allegations ever exists against the Chairman Mr Tariq Karmani nor Mr Asad Gilani, Secretary Energy, who is also acting as CEO of the company.”

“It must be noted that both the Chairman and the Secretary Energy / CEO PEHCL are not drawing any salary or benefits from the company. Mr Asad Gilani is on approved ex Pakistan leave and shall resume office on 11 August 2018.”

“PEHCL is only banking with Bank of Punjab under the advice of Finance Department and maintains single account only. Such allegations of multiple bank accounts are baseless. Not a single rupee have been wasted rather millions have been saved by keeping it as a lean organization by not acquiring lavish offices and purchase of vehicles. PEHCL’s 6-member staff is placed in Energy Dept to optimize the current space available.”

“No allowances other than salary and administrative expenses amounting to Rs 11.6 million was paid in total of past 3 years. Company has not approved any benefit or allowance other than initially fixed salaries. The allegations of Rs 15.9 Million being transferred to personal accounts are extremely fabricated and baseless.”

“It is further clarified that Mr Ahmad Shahryar, Chief Operating Officer, was hired and interviewed by the Board of Directors on merit. His all degrees are verified by HEC and available in company’s record. Before joining PEHCL, he has worked as CEO as well as on senior management positions with local and foreign Petroleum companies both in Pakistan and abroad. He worked for almost 12 years with PETRONAS, State owned company of Government of Malaysia. His Salary at this position is much less as compared to OGDCL or PPL, whereby his counterparts are drawing 3 times the salaries in a bracket of Rs 1.5 to Rs 2.5 Million per month along with other benefits.”

“Similarly, Tariq Rasheed was hired as Manager Technical, and possesses a true verified copy of domicile of Punjab. Also, Mr Zia Ur Rehman, being the company secretary was hired on merit, according to the criteria in SECP corporate governance rules 2013.”

“The company has been audited by world renowned auditors M/S KPMG and audited reports are available with the company as well on company’s website.”