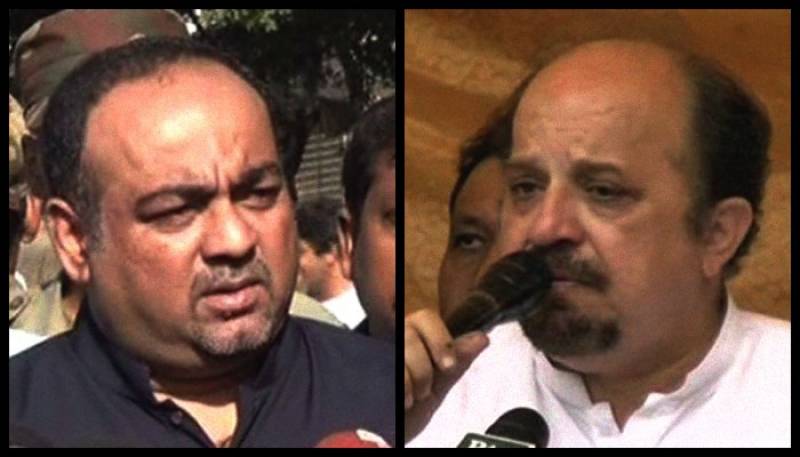 KARACHI - The Muttahida Qaumi Movement (MQM-P) has hit out against the top PTI leader in Karachi who has been tipped off by Imran Khan as the opposition leader in Sindh Assembly.

MQM and the Pakistan Tehreek-e-Insaf (PTI) were unable to restrain their leaders from making hostile remarks towards each other despite having joined forces at the centre.

When the matter of opposition leader for the Sindh Assembly surfaced, Khawaja Izhar-ul-Hassan, who has previously held the same post, tweeted his disapproval towards the candidate the PTI is expected to nominate.

He wrote: "Our alliance with the PTI is conditional; these conditions come before any individual or party, and include a collaborated effort for the development of Karachi and urban Sindh and the transfer of the municipality representatives' powers."

The MQM-P "would have reservations should Firdous [Shamim] Naqvi's name be put forward for the opposition leader post" in the Sindh Assembly, Izhar-ul-Hassan added.