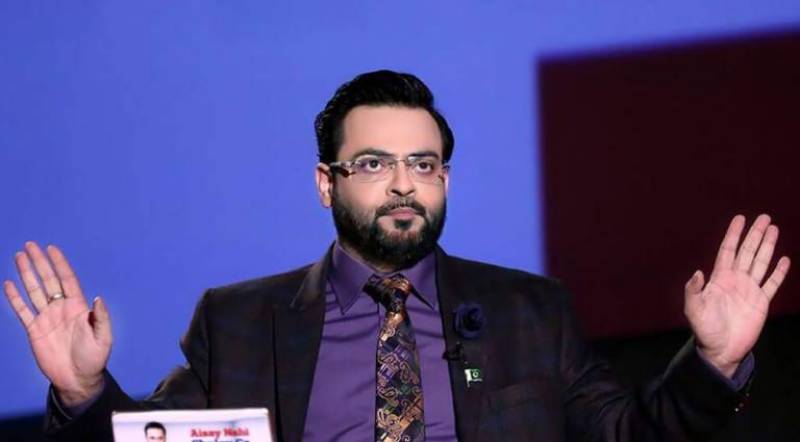 Dr Aamir Liaquat Hussain was served a show cause notice in a contempt of court case on Friday.

The development came as the top court heard a contempt petition filed in the backdrop of ‘hate speech’ by the media personality against his fellow anchor Shahzeb Khanzada.

A three-member bench of the apex court was also shown the video clips of Liaquat – who is set to take oath as a lawmaker in next few days – in which he was allegedly inciting violence and hatred and taunted Khanzada by labeling him as ‘Google Baba’.

When Liaquat tried to clarify his position, the top judge Mian Saqib Nisar remarked that no drama would be allowed inside the courtroom as the respondent was not occupying any stage for a performance.

However, Liaquat expressed that he had referred to Shahzeb Khanzada as ‘Baba’ because the term is used as a gesture of respect.

When the top judge inquired as to whom Liaquat referred to as ‘Father and son of India’, he responded that the words were used for Indian National Security Advisor Ajit Doval and premier, Narendra Modi.

The apex court also hinted at disqualifying the lawmaker-elect by wondering whether such people, who don’t have any control over their commentary, should be allowed to sit in the parliament or not.