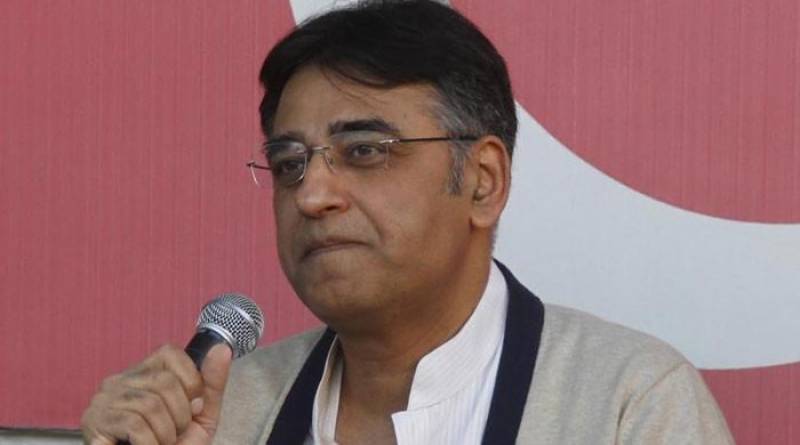 ISLAMABAD: PTI leader Asad Umar has said his party has decided in principle to constitute a formal task force to finalise recommendations for repatriation of $200 billion owned by Pakistanis stashed in Swiss and other foreign bank accounts.

“We have decided to constitute a formal task force comprising all the stakeholders after formation of government with the mandate to recommend ways and means for returning of billions of dollars owned by Pakistanis abroad. The task force will have specific Terms of Reference (ToRs) and will finalise its report in the light of ToRs,” the PTI’s minister-in-waiting for finance Asad Umar confirmed to The News on Thursday night.

He said the former minister for finance Ishaq Dar had given estimates of $200 billion owned by Pakistanis lying abroad on the floor of the House in 2014. Later on, he said the former chairman FBR Tariq Bajwa had also referred to these estimates in one of official summaries. He said that he does not have exact figures on this account but this upcoming task force to be constituted under the PTI regime would scrutinise all the details and would recommend ways and means to repatriate the stashed amount running into billions of dollars.

However, with these rough estimates, the last PML-N-led regime approved an amnesty scheme known as Foreign Asset Declaration Scheme by offering them attractive rates but it failed to ensure whitening of the foreign assets in a big way. There were a total of 82,848 declarants who whitened assets valuing Rs2.5 trillion through domestic and foreign tax amnesty schemes as 5,363 availed themselves of foreign tax amnesty and 77,485 got domestic amnesty. Pakistan has so far received $366 million from abroad as cash on account of the offshore tax amnesty scheme. The FBR sent tax notices to a few thousand who submitted declarations but did not pay the due amount and now they would be bound to pay full 35 percent tax on their assets.

The foreign amnesty scheme miserably failed and proved futile owing to variety of reasons as it was availed mainly by those who possessed 100 percent documented assets abroad and they were not finding any difficulty in declaring them inside Pakistan by paying very attractive tax rates. Such people having documented and legal assets consulted their lawyers and chartered accountants who advised them to whiten their assets at a much lower tax rates. Second only those availed themselves of the scheme who took risks like gambling with the expectation that the risk would help them in their future endeavours.

Some big business giants did not avail themselves of the scheme fearing any mis-declaration would make it null and void. When they witnessed PTI's election victory they feared the PTI government might kickstart scrutinising assets of the first largest 100 declarants to ascertain any misdeclaration, and if found guilty, their declarations could become null and void.