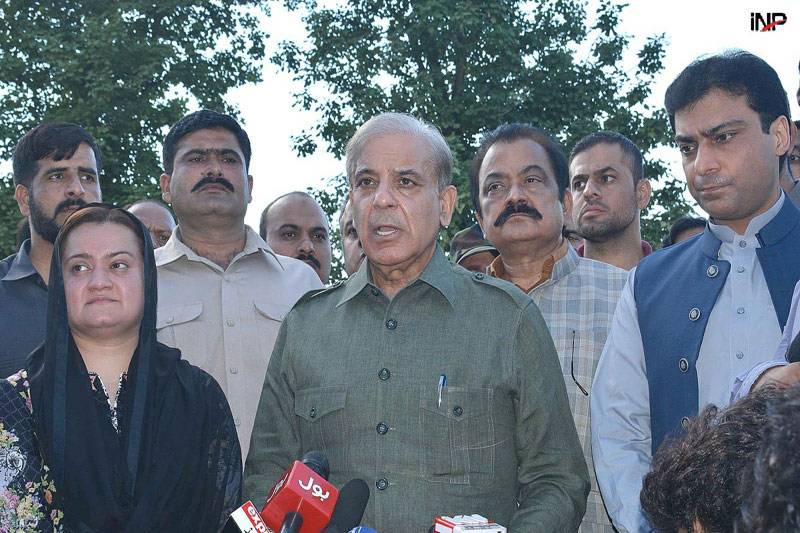 ISLAMABAD - PML-N President Shahbaz Sharif has revealed that nobody has offered PML N any kind of NRO and neither they are interested in it.

He has rubbished rumours that former prime minister Nawaz Sharif is seeking an NRO to secure his release from jail.

“Neither we are seeking an NRO nor anyone is offering it,” Sharif said in a categorical term while speaking to media persons after meeting his elder brother Nawaz Sharif at Adiala jail in Rawalpindi. Sharif reiterated his stance that elections were rigged before the polling day and after it.

“Our polling agents were thrown out during the vote count,” he said, adding that opposition parties had recorded their peaceful protest in this regard. To a question, the former Punjab chief minister said that he was unable to join the opposition’s protest in Islamabad due to bad weather.

The PML-N president had drawn a lot of criticism on social media platforms for failing to lead the lackluster protest held outside the ECP headquarters yesterday.

“We will all celebrate Independence Day on August 14 but I want to ask can we celebrate the free and fair elections? The answer is no,” Shahbaz said. The Pakistan Muslim League-N president Shahbaz Sharif demanded on Thursday formation of a parliamentary commission to probe the alleged rigging in the general election 2018.