In a rare such act, hundreds of ethnic Hui Muslims stage sit in protest against government action in China
10 Aug, 2018 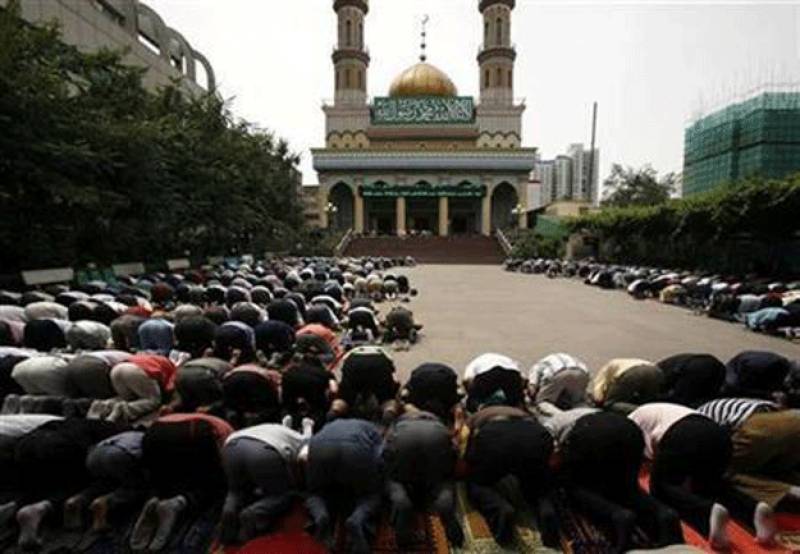 *BEIJING - In a rare such act h*undreds of ethnic Hui Muslims are staging a sit-in protest in China’s western region of Ningxia against government plans.

Government has planned to demolish a huge new mosque, amid tightening curbs on Islam to pull its practice in line with the Chinese mainstream.

China officially guarantees freedom of religion, but in recent years officials nervous about the possibility of radicalisation and violence have tightened controls in heavily Muslim areas.

The Weizhou grand mosque, with numerous domes and minarets

in a Middle Eastern style, had not received proper permits before construction, officials in the town of Weizhou said in a notice on August 3. The mosque would be forcibly demolished on Friday, they added in the notice, widely circulated among Chinese Muslims on social media.

The order provoked anger among villagers, but talks between mosque representatives and officials have failed to reach agreement, as worshippers rejected a government plan to spare the mosque if its domes were replaced with pagodas more in keeping with Chinese style.

Hundreds of villagers were gathering at the mosque on Friday morning, and the town’s mayor was expected to hold discussions in the afternoon, added the source, who requested anonymity.