In a new development, China plan to join yet another multi billion dollars project with Pakistan
10 Aug, 2018 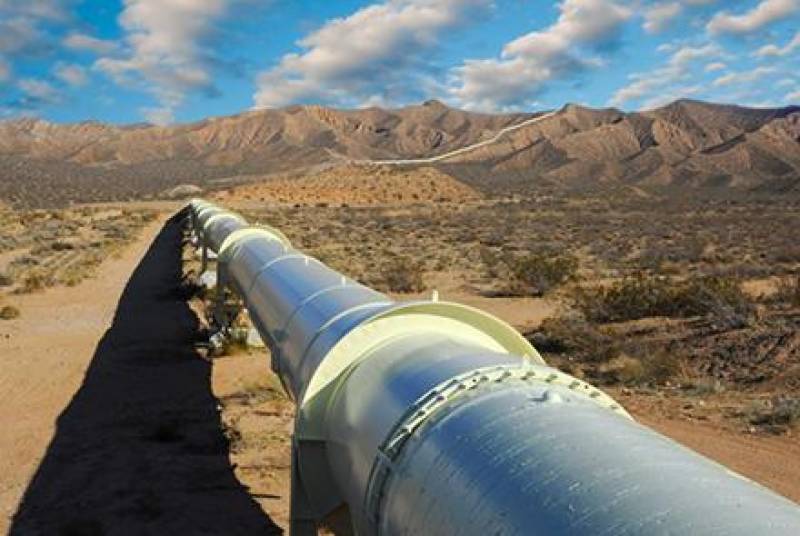 ISLAMABAD - China is exploring building a spur from Pakistan’s territory once the multi-country TAPI natural gas pipeline project begins operating, a Pakistani official said, with the financial close of the project’s first phase expected next month.

Originating at the giant Galkynysh gas field in Turkmenistan, the $9.6 billion TAPI (Turkmenistan, Afghanistan, Pakistan and India) pipeline involves the four countries’ own energy companies, and would carry 33 billion cubic meters (bcm) of gas a year.

Turkmenistan is building the TAPI pipeline to diversify its gas exports, which have mostly gone to China. But the project has suffered lengthy delays due to difficulties obtaining financing and the security risks of building a pipeline through war-torn Afghanistan.

Mobin Saulat, the chief executive officer of Pakistan’s state-owned Inter State Gas Systems (ISGS), told Reuters that Chinese officials have shown growing interest in building a spur from Pakistan and the line could act as an alternative to Beijing’s plans to build a fourth China-to-Turkmenistan pipeline.

“With this channel, there is a possibility they don’t have to do another line and they can off-take from this pipeline which is passing through Pakistan,” Saulat said.

A China-to-Turkmenistan line has to cross several Central Asian mountain ranges and Saulat said it would be cheaper and easier for China to build a line from inside Pakistan’s territory to cross the Karakoram range to its Western border.

China’s ties to Islamabad have deepened in recent years as Beijing has pledged to fund $57 billion in infrastructure as part of its Belt and Road initiative, including power stations and transport links.