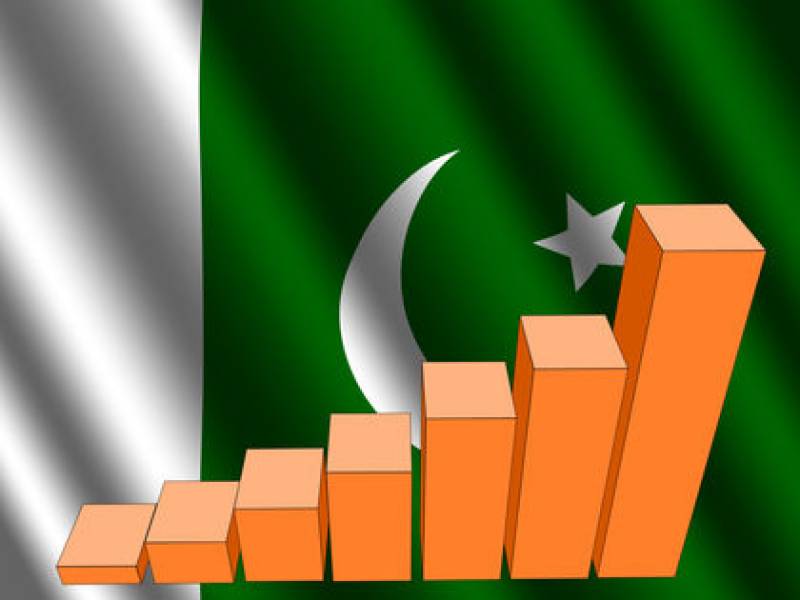 *ISLAMABAD: *Pakistan’s economy is said to have achieved its highest economic growth rate at 5.79 percent, the highest in eleven years, proclaimed the government on Monday.

A meeting of National Accounts Committee (NAC) held on Monday found out that fifteen out of 20 key growth indicators were said to have met projections, but the number isn’t still final as closing data for the financial year 2017-18 gets finalized, reported *Dawn.*

The agriculture sector is said to have posted growth of 3.81 percent, surpassing the projected figure of 3.5 percent set by the government for FY 2017-18.

Also, major crops registered a growth of 3.57 percent compared to the projection of 2 percent. Cotton production during this period was projected to have risen 11.8 percent, rice 8.7 percent and sugarcane 7.4 percent.

And livestock posted a growth rate of 3.76 percent against the projected target of 3.8 percent, the following was the fishery sector which registered growth of 1.6 percent this financial year compared to 1.7 percent in previous year.

Forestry posted 7.17 percent growth during this year against forecast target of 10 percent.

In the industrial segment, a growth rate of 5.8 percent was reached against the projected target of 7.3 percent set for FY 2017-18.

Mining and quarrying segment registered expansion of 3.04 percent compared to a projection of 3.5 percent.

Manufacturing posted expansion of 6.13 percent compared to a projection of 6.4 percent, which was 5.82 percent in last financial year.