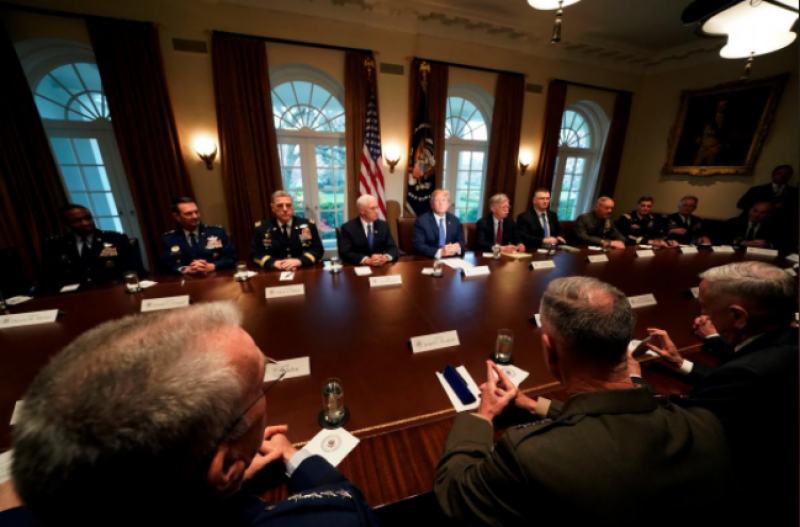 *WASHINGTON DC: *The United States is weighing a multinational military response to the suspected Syrian poison gas attack, US officials told *Reuters* on Monday, as experts listed several key facilities that could be viable targets.

US President Donald Trump promised forceful action on Monday, saying a decision would be made soon following the suspected chemical weapons attack late on Saturday in the Syrian city of Douma that killed at least 60 people and injured more than 1,000 others.

US officials who spoke on condition of anonymity did not disclose any plans, but acknowledged military options were being developed. The White House, Pentagon and State Department declined to comment on specific options or whether military action was likely.

Experts on Syria’s war cited France and perhaps even Britain and Middle East allies as potential partners in any US military operation, which would aim to discourage future chemical weapons use in Syria’s brutal civil war.President Emmanuel Macron warned in February that France would strike Syria if it broke treaties prohibiting chemical weapons. France has more than a dozen warplanes in the Middle East and could look to strike from the sea.

British UN Ambassador Karen Pierce told reporters that Britain “would prefer to start with a proper investigation” but that all options were on the table and London was in close contact with its US and French allies.

US intelligence officials said they believed a chemical attack did take place but that Washington was still gathering information. Trump said he was getting clarity about who precisely was responsible for the attack, but did not elaborate.