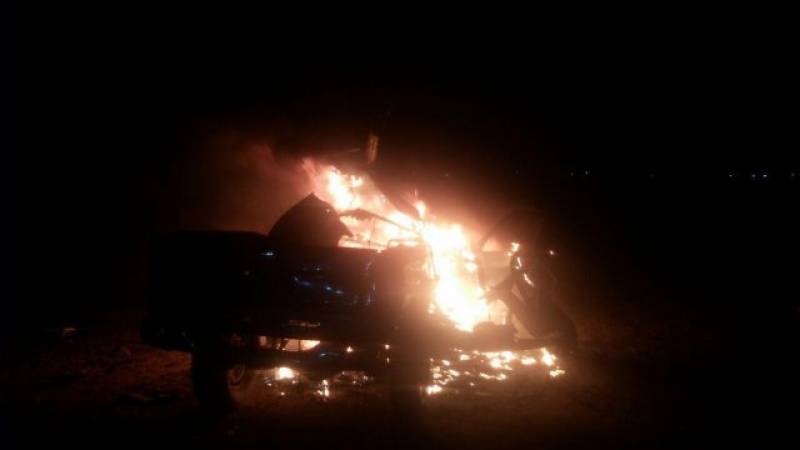 QUETTA: At least three people have been injured in a suspected suicide attack in Quetta, reported.

The blast took place in Baleli in the outskirts of Balochistan’s capital city on Monday evening.

According to officials, the bomber targeted an FC vehicle, leaving three people injured.

They have been shifted to CMH hospital.

Security forces have surrounded the area and bomb disposal experts were called to inspect the scene.

DG Civil Defence Aslam Tareen has confirmed that it was a suicide bombing.

“Body parts of the suspected bomber have been collected for investigation,” an official told SAMAA.

Quetta has been wracked by violence in recent months.

On April 2, 10 people including, four Christians, were killed in two separate incidents in Quetta.

The ‘Islamic State’ had claimed credit for targeting the minority family who had gone to Quetta to celebrate Easter with their loved ones.

A day earlier, unknown militants opened fire on a tax, killing one person belonging to Hazaras.