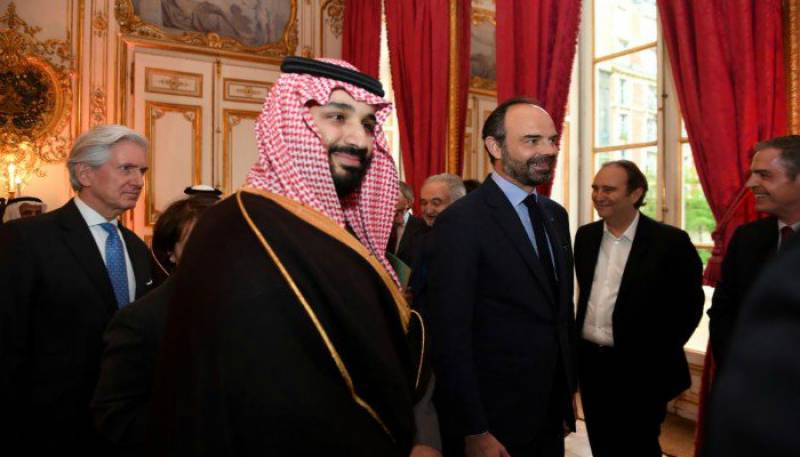 PARIS: A rights group filed a lawsuit against Saudi Crown Prince Mohammed bin Salman during his visit to France on Tuesday, accusing him of complicity in torture and inhumane treatment in Yemen, lawyers said.

The complaint on behalf of Taha Hussein Mohamed, director of the Legal Center for Rights and Development (LCRD), said the prince who is Saudi Arabia’s defence minister was responsible attacks that hit civilians in Yemen.

The case was filed in a Paris court as pressure grows on President Emmanuel Macron to curb arms sales to Saudi Arabia and the United Arab Emirates, which spearhead a coalition fighting Iran-aligned Houthi rebels who control of most of northern Yemen and the capital Sanaa.

Speaking to reporters in Paris, Foreign Minister Adel al-Jubeir dismissed the lawsuit and said the Houthis should be held accountable for the war in Yemen.

The rights group, based in the Houthi-controlled Yemeni capital Sanaa, says on its website it monitors and documents rights’ violations in Yemen.

“He ordered the first bombings on Yemeni territory on March 25, 2015,” the group’s lawyers, Joseph Breham and Hakim Chergui, said in the complaint seen by Reuters.

“The existence of indiscriminate shelling by the coalition armed forces affecting civilian populations in Yemen can be qualified as acts of torture,” they wrote.

The lawsuit may embarrass Macron at a delicate moment in French-Saudi relations. France is the world’s third-biggest arms exporter and counts the kingdom as one of its biggest buyers.

The lawyers cited UN reports and documentation by rights groups such as Human Rights Watch, Amnesty International and Oxfam on arbitrary detentions and the use of illegal cluster bombs. - Agencies