PSL to bring back cricket into Pakistan: President
10 Apr, 2018 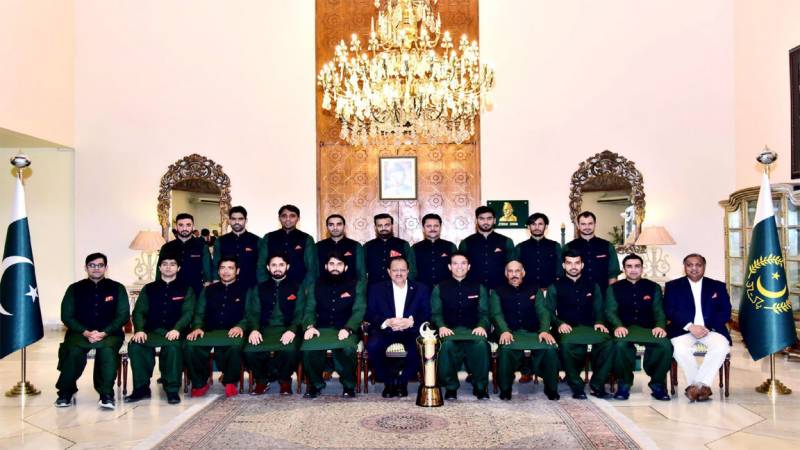 ISLAMABAD:President Mamnoon Hussain says terrorism has been defeated and peace has won by the successful conduct of Pakistan Super League (PSL).

He was talking to winner team of PSL, Islamabad United and its management that called on him under the leadership of Syed Ali Raza Naqvi in Islamabad on Monday.

The President said PSL has the credit to bring back cricket into Pakistan and it has immensely benefitted the game of cricket.

He said the successful holding of PSL has also given a message to the world that Pakistanis are a peaceful nation that loves sports.

Mamnoon Hussain said the revival of cricket will also promote sports goods industry, which will in turn play a role in improvement of economy by employing more people.

He said games inculcate a spirit of tolerance and sportsman spirit that are vital for any nation to succeed.

The President said nation has high hopes from young cricket players and they should focus on their fitness and game.

On the occasion, team Captain Misbah-ul-Haq and officials of Islamabad team thanked President and vowed to use their best abilities in order to raise the national flag high. APP/AFP