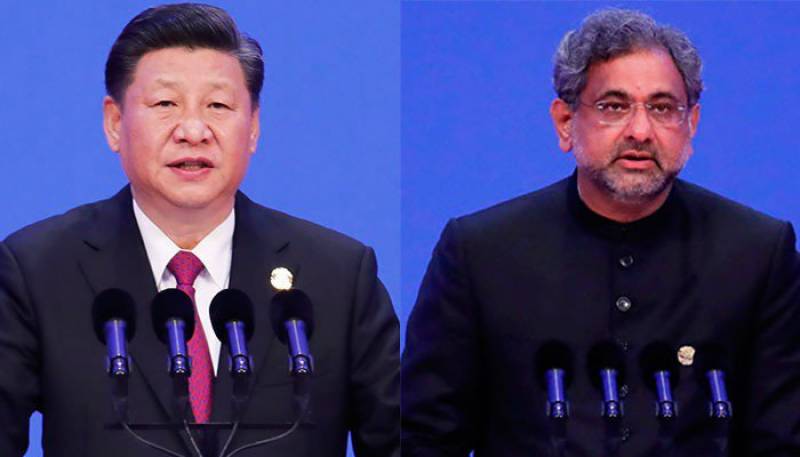 PM Abbasi on the occasion said that Pakistan and China are iron brothers and have consistently supported each other on issues involving core interests and major concerns.

Pakistan acknowledged China’s important role in maintaining peace and stability in the region and the world. The prime minister said Pakistan is willing to continue strengthening coordination and cooperation between the two countries in international affairs.

Jinping said that the strategic partnership of Pakistan and China has weathered all and has made great progress since he visited Pakistan in 2015.

PM Shahid Khaqan Abbasi shared that Pakistan's economy is growing at 6% per annum, the highest in a decade

China-Pakistan relations should become a model for good-neighbourly friendship, a pillar for peace and stability in the region, and a benchmark for international cooperation in the “Belt and Road Initiative,” he said.

According to *Xinhua *news, Xi said China is ready to work with Pakistan to play a leading role in bilateral relations through high-level exchanges, maintain close exchanges in various fields, promote traditional friendship, continue to support each other, deepen the relationship, and promote the development of a higher level of Sino-Pakistani relations.

He further said both sides should continue to steadily advance the construction of CPEC projects and plan timely completion of projects such as Gwadar Port infrastructure, energy, and industrial parks.