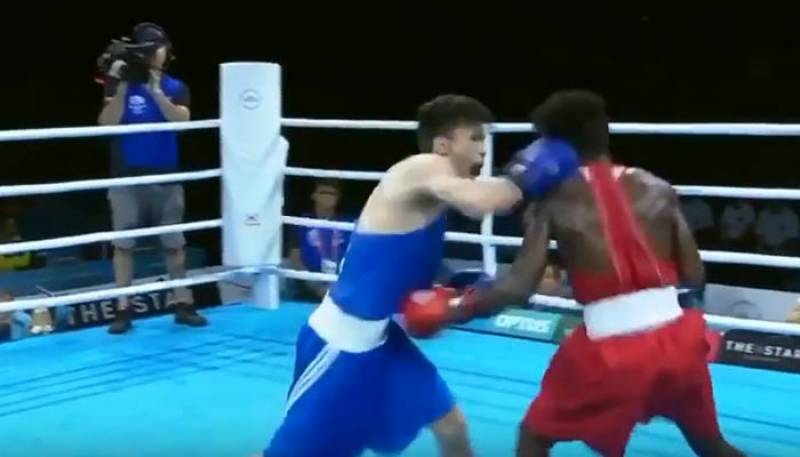 Asif will next face Scotland’s Reece McFadden on Wednesday in the third quarter-final.

While boxer Ali Ahmad who was competing in the 60kg category lost to England’s Calum French.

Earlier, Pakistan added another medal to their tally at the games. Weightlifter Nooh Dastagir Butt gave Pakistan their second medal, a bronze this time in the +105kg weightlifting competition.

He had previously won the silver medal in Commonwealth weightlifting championship last year, having lifted an overall 395kg to win the medal for the country.

This was Pakistan’s second medal in the ongoing Commonwealth with both the medals having been won by the weightlifters for the country.

Meanwhile, Usman Chand who was representing Pakistan in the shooting event, finished 11 thus not qualifying for the finals.

In squash, the duo of the Faiza Zafar and Madina Zafar lost to India’s Joshna Chinappa and Dipika Pallikal Karthik 2-1. The pair will next take on Malta’s Dianne Kellas and Colette Sultana on Wednesday, April 11.

Meanwhile in shooting Ghufran Adil could not qualify for the finals, finishing 23rd with 602.3 points.

The Pakistani hockey team will next take on Malaysia on April 11.