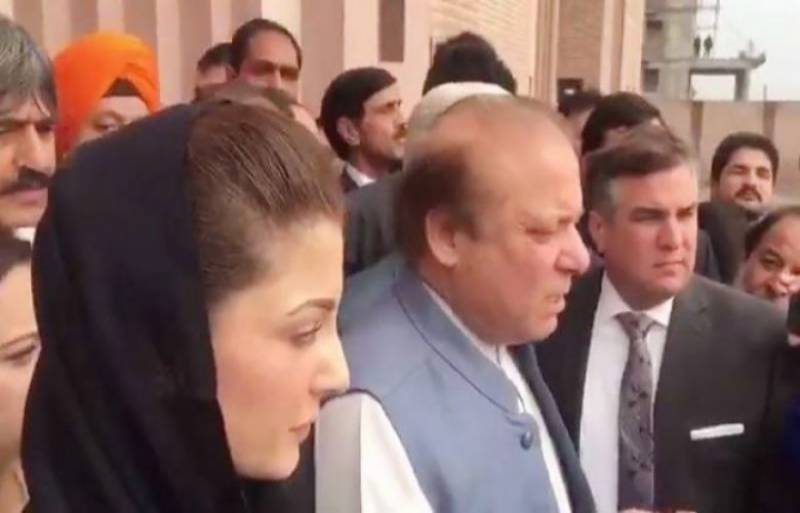 He spoke out on the controversial issue of missing persons on Tuesday, saying that the matter is a serious issue of the country.

Talking to journalists inside the accountability court hearing corruption cases against him and his family, Nawaz said making someone disappear is a "grave crime".

The three-time premier wondered what families of missing persons go through, not knowing whether their loved ones are dead or alive.

Talking about Monday's defection of eight party lawmakers from South Punjab on the pretext of making the region into a separate province, he alleged that something probably 'descended' on those who left the party.

"They were never part of the party," he said, adding that, "their background is also not from the PML-N".

"These people are those who did not vote for me for party president," Nawaz said further, claiming that, "we had our eyes on them".

"Such people bring a bad name to politics, they keep coming and going," he asserted.

He also lamented that in Balochistan, a party came out of nowhere and started pulling in people.

Moreover, Nawaz claimed that Punjab Chief Minister Shehbaz Sharif has undertaken record development in South Punjab and termed the recent Lodhran by-poll win of the party as an expression of public satisfaction with the government.

Nawaz also lamented that those who worked for the country are being dragged through courts whereas those who never followed the law are touring up and down the country.

Maryam, Nawaz's daughter, wondered why after every 10 years Nawaz is brought in the dock.