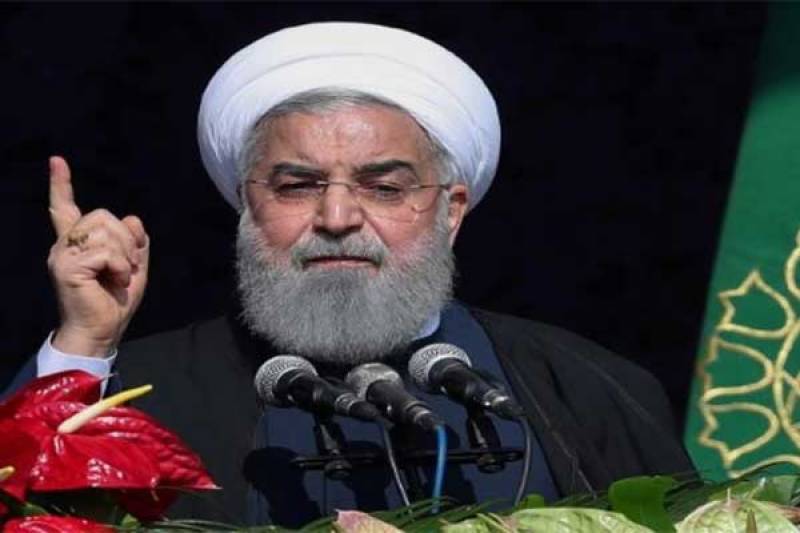 TEHRAN:Donald Trump will regret it if he pulls out of the nuclear deal with Iran, President Hassan Rouhani said on Monday, warning the U.S. president that Tehran’s response would be stronger than he thinks.

“The new U.S. president - who has big claims and many ups and downs in his words and actions - has been trying for 15 months to break the JCPOA ... but the structure of the JCPOA is so strong that it has not been shaken by such quakes,” Rouhani said in a speech broadcast live on state television.

“Iran will not violate the nuclear deal, but if the United States withdraws from the deal, they will surely regret it. Our response will be stronger than what they imagine and they would see that within a week.”

Iran has warned that it would ramp up its nuclear program if the JCPOA collapses, to achieve a more advanced level than before the deal.

Rouhani was speaking as Tehran marked National Nuclear Technology Day and unveiled what it said were its latest nuclear achievements including a nuclear battery and centrifuges for the oil industry.

Rouhani said Iran has been preparing for every possible scenario, including a JCPOA without the United States - which would still include European signatories, China and Russia - or no deal at all.

France, Britain and Germany are seeking to persuade their EU partners to back new sanctions on Iran, as a way to persuade Trump to stick with the nuclear deal curbed on Iran’s nuclear activities in return for sanctions relief.

Those sanctions would not involve measures that were lifted under the nuclear deal but would target individual Iranians that the EU believes are behind Iran’s ballistic weapons program and its support for Syrian President Bashar al-Assad.

“We will produce any weapons necessary to defend our country in such a volatile region. But we will not use our weapons against our neighbors,” Rouhani said.

Iran’s currency hit a new low on Monday on continued concerns over a return of crippling sanctions if Trump carries out his threat.