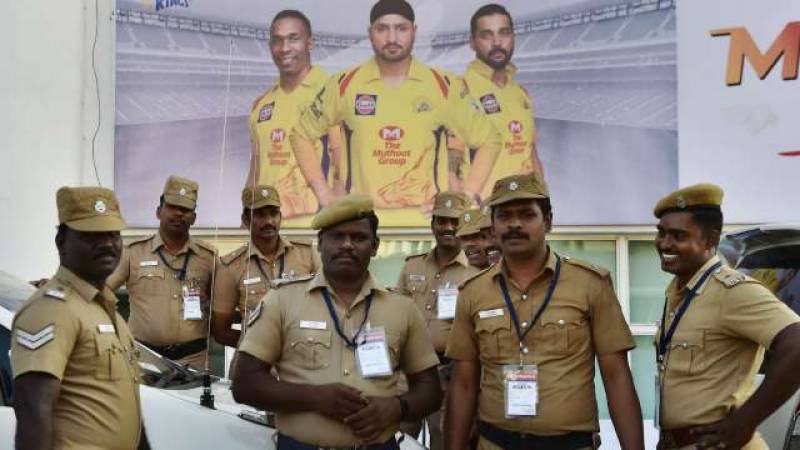 NEW DELHI - Three Indians were detained for hurling shoes inside the Chepauk stadium, Chennai, during an ongoing Indian Premier League between the Chennai and Kolkata sides on Tuesday.

Kolkata were batting in the game against when a few shoes were hurled from the upper tier of the stands opposite to the main pavilion.

A couple of shoes also fell on the stands below, according to reports.

The protesters, who were also carrying a red flag against rules, were removed from the ground by the police, said the report quoting local organisers.

NTK, a Tamil nationalist party in the state, which among other protesters, is demanding a boycott of the IPL matches in Chennai until the Cauvery water issues is solved.

The political parties in the state have been protesting against the Centre's negligence in the formation of Cauvery Management Board (CMB).

IPL has returned to Chepauk stadium after two years where the home franchise Chennai Super Kings are taking on Kolkata Knight Riders in the fifth match of the 2018 fixture.

Chennai on Tuesday saw massive protests against the conduct of IPL matches amid raging Cauvery demonstrations, with police chasing away agitators in some places. One incident of agitators burning yellow jerseys, the attire of Chennai Super Kings players, was also reported.

In some places, protesters clashed with police.