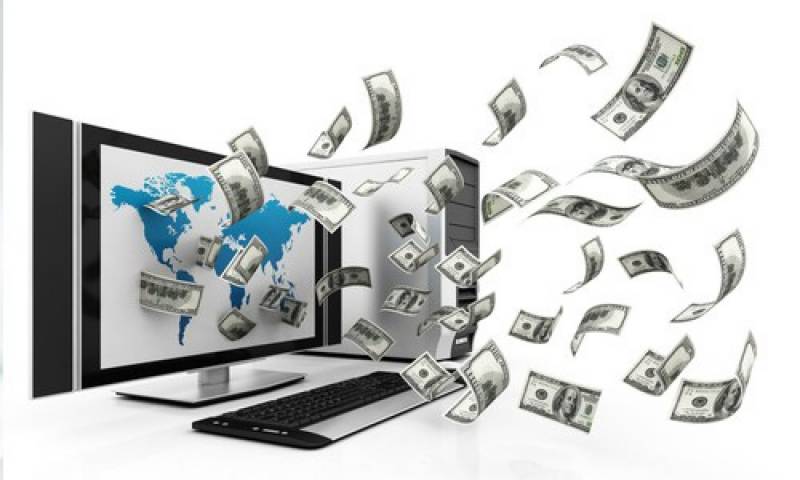 ISLAMABAD - Tempting and seductive advertisements of significant online earning may be a trap by cyber-mafia to pick pocket vulnerable people, specially youth. Information technology (IT) experts have warned the youth that there should be specific steps to ensure that the process is secure and fully judge the credibility of such sites, offering income and profit while staying at home. An expert from the Ministry of IT, requesting anonymity, explained the myths and realities of online earning to APP. He said, “One click doesn’t bring money rather it requires skilled hard work and patience”. But he regretted that the country’s educated unemployed youth were more prone to the Internet crooks and urged to raise awareness among the exposed segment.

He said the temptation usually came from random sites and the unskilled people were more attracted as the required job description was tactfully prepared by the schemers to make them fit for the job. Enticing narrations such as “Gharbethay 50,000 rupay mahana kamaeye, sirf computer ka istehmal jan’na zaroor hai,”some how attract the unemployed youth.

He regretted that there was no national institution to create public awareness against such mafia and the vulnerable, particularly the youth, who had been left at the mercy of racketeers.

He, however, said one could easily judge the credibility of such sites’ source by checking their status on “alexa.com” and “domaintools.com” that provided complete information of a website.

“The positive thing is that a fake site does not have security certificate as it is too costly,” he added. Another software engineer Attique ur Rehman, highlighting the different ways of online earning, said, “It is a complex subject as genuine sites do not require mere registration but seek a user’s full information. There are different kinds of online earning, such as online trading, freelancing through ads and affiliating market.” The earning through ads, he claimed, was the most popular way as lot of people in Pakistan were earning considerably via AdSense (in which one can upload ads on his websites or YouTube channels) that also required consistency from a user.

The most popular among all was stock exchange’s business, but “expertise is a prerequisite for trading on Internet and there is high risk of losing money before one logs in to an authentic business entity,” he added. Attique warned that without proper knowledge and safety measures, the initiative could financially cost a person.

The enticers, he said, would demand to deposit Rs 5,000 to 10,000 as registration fee to start earning but later disappeared and reappeared in some cases with a different name as a new stratagem.

Highlighting the importance of blogging for educated segment of the society, Attique said, “One can sell his skills, especially, writing skill on Internet to anyone across the world by making his own blog that increases one’s earning with the boost in his ranking.”

He said one’s profile was updated keeping in view of his clientele that boosted his ranking. Attique said the skilled unemployed youth could be engaged after some training to earn livelihood through Internet and boost the country’s IT sector.

He, however, urged the authorities concerned to introduce short courses and training on online earning like the developed nations where the IT sector was the most revenue generating entity and contributing to their national economies.