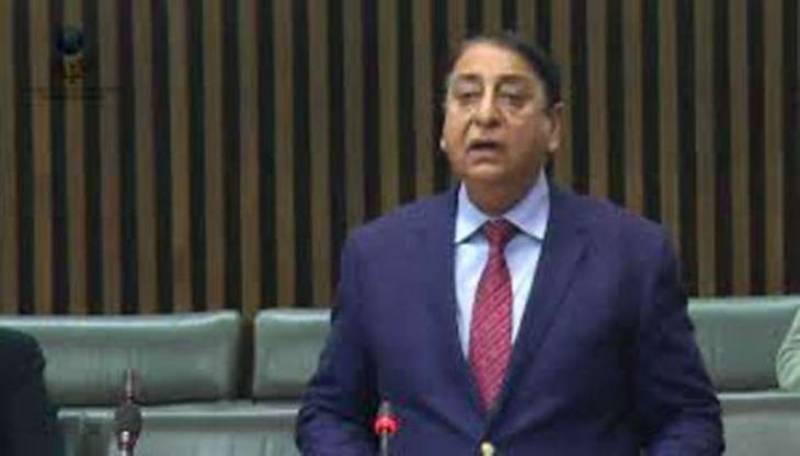 ISLAMABAD:State Minister for Finance and Revenue Rana Muhammad Afzal on Monday said owing to the efforts of the incumbent government economic policies, the country’s gross domestic product (GDP) and tax collection have witnessed sharp increase while inflation has considerably been decreased.

Winding up debate on a motion that the House may discuss the recent devaluation of Pakistani rupee by 5 percent, the minister said economy was moving in right direction and development budget of the provinces had also been doubled.

The minister said the GDP ratio remained only 3 per cent till 2012 while during last five years it witnessed 5 per cent growth. “Yesterday GDP was recorded as 5.7 per cent,” he added.

Afzal said currently import worth $ 54 billion was being carried out through banking channels and the Federal Board of Revenue collections have jumped to Rs 4000 billion from Rs2000 billion.

He said devaluation of currency would not affect the national economy and it would help increase export of the country.

The minister said the government inherited 12 per cent inflation while currently it was lower than 4 per cent. The international rating agencies have also enhanced Pakistan rating, he added.

He said the government had decided in the budget to abolish subsidies on petroleum products.

The target of Rs.4000 billion tax collection has been fixed for the current fiscal year. The total debt was around 62 per cent of GDP of the country, he said.

Afzal said the power tariff has been reduced from Rs 17 per unit to Rs.12 per unit and it would further be decreased after completion of hydel projects.

The minister said Turkey was making investment of around Rs 26 billion in various projects. APP/AFP