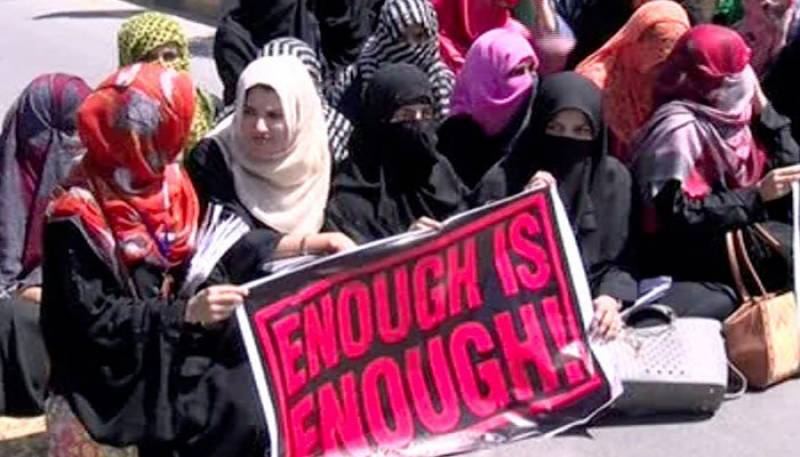 SARGODHA: A college student in Sargodha has been murdered after Rape.

The girl who was allegedly kidnapped a week ago, was found dead on Monday after being subjected to sexual abuse, police said.

The woman named Misbah, who was a first-year student at a government girls’ college and a resident of Moazzamabad village in Sargodha, was strangled to death, according to police. Initial post-mortem report of the incident revealed evidence indicating she was raped before her death, police added.

The local authorities handed over the deceased’s body to her grieving family after conducting the post-mortem, and registered a case against ‘unknown persons’. Investigation into the incident is under way.

Outraged colleagues of the deceased protest inaction over the heinous incident

Last month, a similar incident drew enraged protesters out on the streets after a Government College University Faisalabad student, Abida, was found raped and murdered after going missing for days.