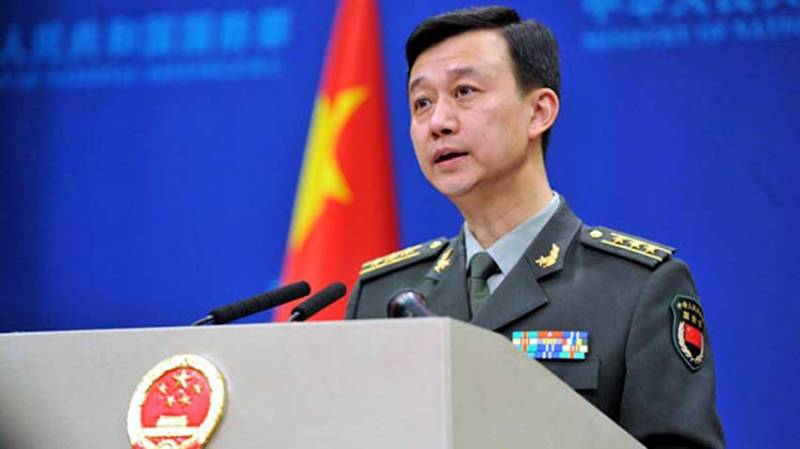 BEIJING:China said on Monday that it opposed the United States selling weapons to Taiwan, after the Trump administration approved the marketing license required for American manufacturers to sell technology to Taiwan that would allow for building submarines.

Taiwan’s Central News Agency said on Saturday that Taiwan’s Ministry of National Defence confirmed the U.S. Department of State had agreed to grant the license needed to sell the technology to Taiwan so the self-ruled island could build its own submarines.

“China’s military has the ability and determination to defeat all attempts to separate our country, and will adopt all necessary measures to resolutely defend national sovereignty, security and territorial integrity,” ministry spokesman Wu Qian said. He did not elaborate.

Taiwan is one of China’s most sensitive issues. The island is claimed by Beijing as its sacred territory, part of “one China”, and Beijing has never renounced the use of force to bring under Chinese control what it considers to be a wayward province.

The U.S. State Department over the weekend declined to confirm the details of the Taiwan news report.

China’s hostility to Taiwan has grown since Tsai Ing-wen from the pro-independence Democratic Progressive Party was elected Taiwanese president in 2016. China fears she wants to push for formal independence, though Tsai says she wants to maintain the status quo and is committed to peace.