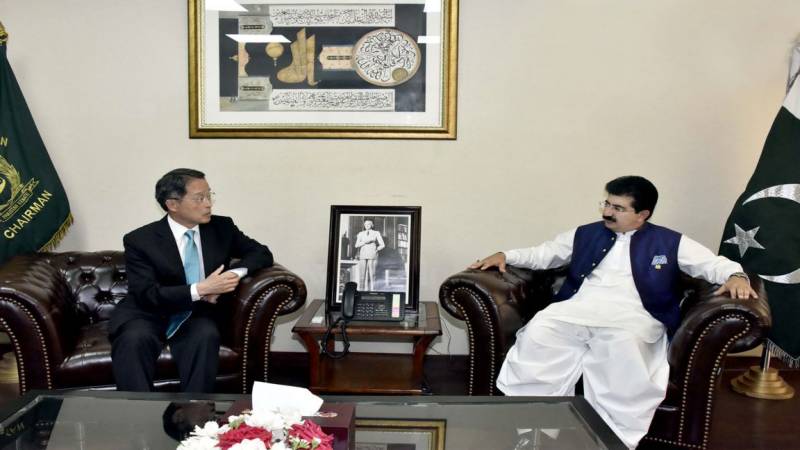 He was talking to Japanese Ambassador Takashi Kurai in Islamabad on Monday.

The Chairman Senate said that the two countries supported each other in the hour of need and excellent cooperation has been witnessed at international fora.

The Chairman Senate said that there is a need to further build cooperation by promoting people to people contacts and exchange of Parliamentary delegations.

He asked the Japanese Ambassador to explore the avenues for investment in Gwadar and he would play an active role to help facilitate the Japanese investors through Balochistan government.

Both side agreed for activating the Friendship Groups in respective parliaments.

On the occasion, the Chairman Senate invited the leader of Pakistan-Japan Friendship Group in Japanese Parliament to visit Pakistan along with delegation. APP/AFP