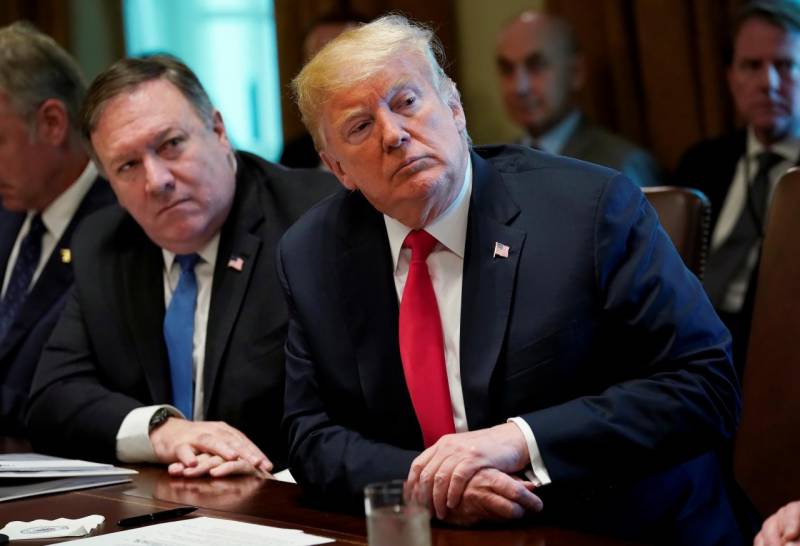 *WASHINGTON: *US Secretary of State Mike Pompeo on Sunday did not rule out reopening talks with the Taliban if they make a “significant commitment,” after President Donald Trump cancelled a secret meeting with their leaders at his Camp David retreat.

Pompeo said Trump had not decided whether he would still withdraw US troops — but warned the Taliban of renewed military pressure if they keep up attacks.

“I hope it’s the case the Taliban will change their behavior and recommit to things we’ve talking about. In the end this will be resolved through a series of conversations,” Pompeo told *ABC *television program “This Week.”

Trump, in a Saturday evening bombshell, said he had invited Taliban leaders and Afghan President Ashraf Ghani to meet him Sunday at Camp David, the presidential retreat outside Washington.

Trump said he was canceling the talks because the Taliban, who have never halted their campaign of violence, had killed a US serviceman in a car bombing on Thursday in Kabul.

The secret talks would have come after months of diplomatic wrangling between the US and the Taliban over a deal that would allow Washington to begin withdrawing its troops from Afghanistan.

But after the Taliban killed 12 people in a single attack in Kabul this week, including a US soldier, Trump said he “immediately cancelled the meeting and called off peace negotiations”.

His announcement left the withdrawal deal shrouded in uncertainty.

“We need a significant commitment,” Pompeo said of the Taliban in a separate interview with *CNN *when asked if the United States could restart negotiations.

“If the Taliban don’t behave, if they don’t deliver on the commitments they made to us for weeks and in some cases months, the president of the United States is not going to reduce the pressure,” he said.

“We’re not going to reduce our support for the Afghan security forces that have fought so hard,” he said. -APP/AFP