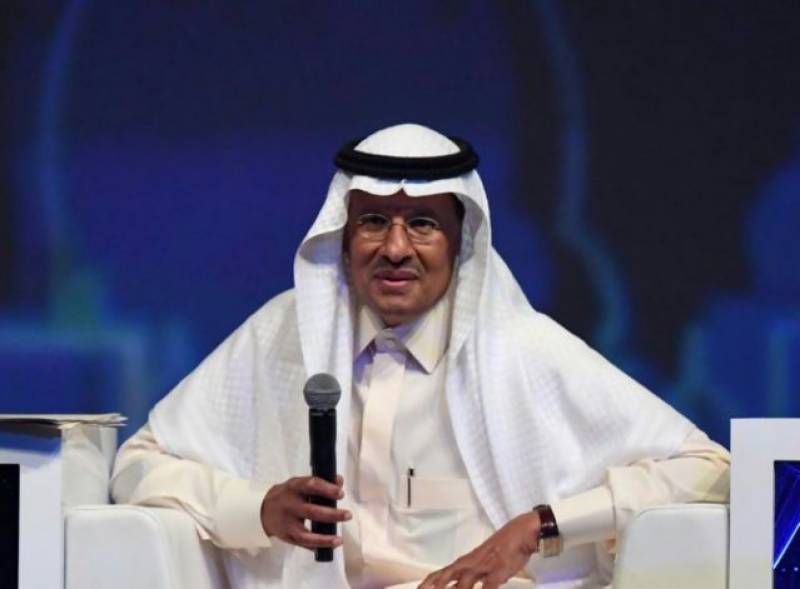 In his first comments since being appointed by his father King Salman on Sunday, the minister signalled no major change in approach in Saudi Arabia, the de facto OPEC leader which pumps about a third of the cartel's oil.

"The pillars of our oil policy are pre-determined and will not change," he told Saudi broadcaster Al-Arabiya.

The prince was in Abu Dhabi to attend the World Energy Congress, followed by a meeting on Thursday of the Joint Ministerial Monitoring Committee (JMMC) of the OPEC+ alliance for a supply cut deal reached last year.

The ministers will consider fresh reductions, even though analysts are doubtful such a move would succeed in bolstering crude prices which have been badly dented by the US-China trade war.

Crude prices are moving around levels of $60 a barrel, in contrast with more than $75 a year ago, but were given a boost Monday by the Saudi official's comments, with West Texas Intermediate oil for October delivery advancing 53 cents to $57.05 a barrel.

Prince Abdulaziz said that the trade war, which has triggered fears of a global recession, has cast a "fog" over the oil market.

However, he appeared to swing his support behind further curbs to rebalance the crude market.

"Cutting output will benefit all members of OPEC," he told Al-Arabiya on the sidelines of the conference, but added to reporters later that "it would be wrong" for him to pre-empt the decision of the alliance.

The appointment of Prince Abdulaziz, half-brother to de facto ruler Crown Prince Mohammed bin Salman, marks the first time a royal family member has been put in charge of the all-important energy ministry.

He replaces veteran official Khalid al-Falih as the world's top crude exporter accelerates preparations for a much-anticipated stock listing of state-owned oil giant Aramco, expected to be the world's biggest.

"Prince Abdulaziz is very experienced and has served in the energy industry for decades," Giovanni Staunovo, an analyst at UBS Group AG in Zurich, told Bloomberg News.

"His comments today suggest we shouldn't expect any major policy changes from the kingdom, which still wants to see oil inventories falling."

The OPEC petroleum exporters' cartel and key independent producers want to halt a slide in prices that has persisted despite previous output cuts and US sanctions that have squeezed supply from Iran and Venezuela.

Analysts say the JMMC monitoring body has limited options when it meets in Abu Dhabi to formulate recommendations ahead of an OPEC+ ministerial meeting in Vienna in December.

UAE Energy Minister Suheil al-Mazrouei said Sunday the group would do "whatever necessary" to rebalance the crude market, but admitted the issue was not entirely in the hands of the world's top producers.

The market is no longer governed by supply and demand but is being influenced more by US-China trade tensions and geopolitical factors, he said.

Prince Abdulaziz also alluded to the sense that Saudi Arabia is shouldering the burden of production cuts, while other nations -- notably Nigeria and Iraq -- are flouting the limitations.

Speaking to reporters in Abu Dhabi, he said that one or two countries "need to be more committed" in order to bring benefits to the entire industry.

That came as a faltering global economy and a boom in US shale oil threatened to create a global glut in supply.

But this time, the market has continued to slide -- even after OPEC+ agreed in June to extend by nine months an earlier deal slashing output by 1.2 million barrels per day (bpd).

The new factor is the trade dispute between the US and China, whose tit-for-tat tariffs have created fears of a global recession that will undermine demand for oil. -APP/AFP