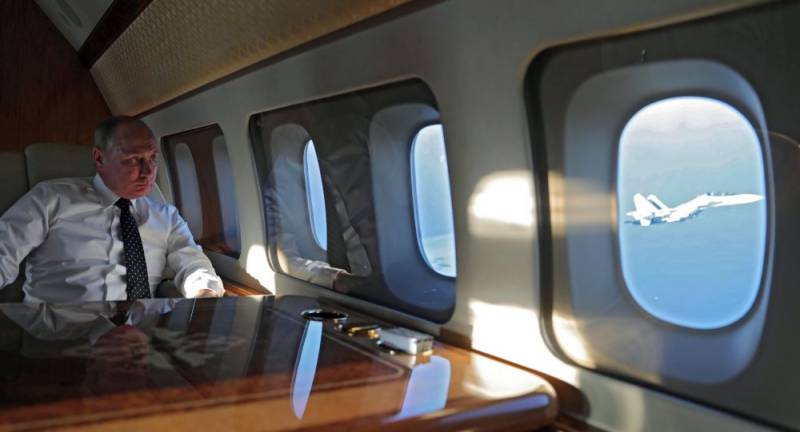 MOSCOW - The incident reportedly occurred during a bout of bad weather, with the Russian president on route from Moscow to St. Petersburg.

Vladimir Fedorushkin, a distinguished pilot and former commander of the Russian presidential plane, has revealed that he and his co-pilots once experienced an emergency situation with Vladimir Putin onboard that was so bad it nearly resulted in a serious accident.

Speaking during a programme for Russia’s NTV television channel which aired on Sunday, Fedorushkin explained link that the incident occurred during a flight from the Russian capital to Putin’s hometown of St. Petersburg.

“The weather in both Moscow and St. Petersburg link was very bad for flying, with crosswinds in both locations, and such choppy winds. So we’re taking off, and when we’re about 5-6,000 meters in the air we get into such wild turbulence. It was turbulence in clear skies.” the officer recalled.

According to the veteran pilot, the flight was his hardest flight in his forty years of service as a professional pilot.

“Our autopilot kept getting knocked out, the yoke was limited to one third deviation. We climbed to nine thousand meters, and we got shaken so bad that if we hadn’t had our seatbelts fastened, we would have found ourselves headfirst on the ceiling,” Fedorushkin said.

During touchdown in St. Petersburg, the rainwater was so heavy that it nearly covered the airstrip, the pilot noted. “Meanwhile, we have a yoke, which we have to hold steady during landing, that can only deviate by one third. Even in conditions when it’s completely manoeuvrable, it’s hard to keep ahold of. And here we only have one third deviation.”

Fedorushkin said that after landing in St. Petersburg’s Pulkovo link airport, Putin asked him to come to his office to ask “what that was.”

“We spoke for a bit about it. Of course it was an unpleasant experience. The probability of the plane flying off the landing strip was about 90 percent. But we managed,” the veteran pilot concluded.

Fedorushkin did not clarify when the incident took place. - Sputnik