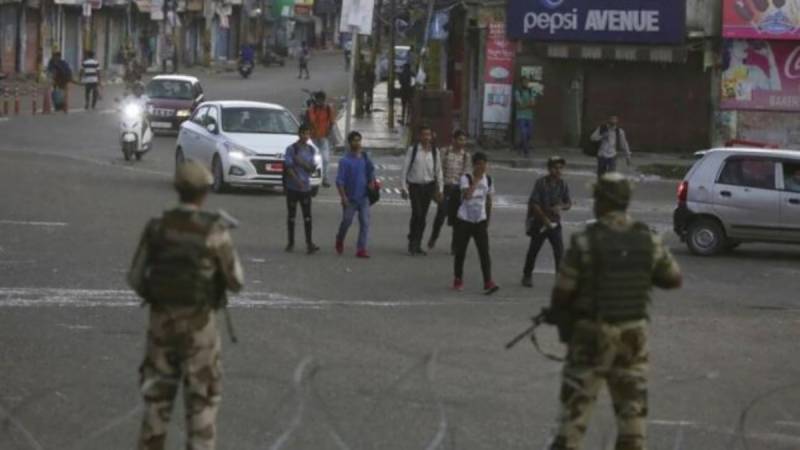 Occupied Jammu and Kashmir BJP on Sunday accused Pakistan of continuing to use militancy to incite civil unrest in the valley.

"BJP strongly condemns the cowardly act of a terror attack on the civilians in Sopore... Pakistan is so frustrated from the fact that the Kashmiris rather than playing to their tunes are cooperating with the government for return to normalcy at the earliest," party's state spokesperson Brigadier (Retd) Anil Gupta said in a statement.

He said Pakistan wants to prevent the transportation of apple crop-- which provides livelihood to majority of Kashmiris-- to the markets outside.

"It only shows that they do not care for Kashmiris but are interested only to promote Pakistani agenda," he said.

He said Pakistani is using every trick in the book to incite civil unrest in Kashmir so that its case at the forthcoming UN Human Rights council and UNGA meetings is strengthened.

"Credit goes to Kashmiris for cooperating with the government and security forces which has so far kept the situation calm," the former army officer said.

He further said Pakistan has changed the geographic and demographic identity of its occupied areas of Jammu and Kashmir long back and must remain silent on the abrogation of Article 370.