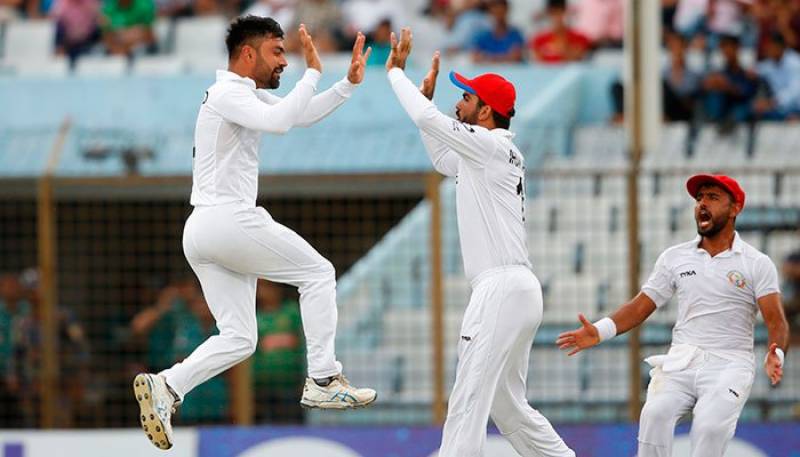 CHITTAGONG - Afghanistan’s Rashid Khan makes historic achievement as he became the youngest captain in Test Cricket to win a match.

Rashid Khan claimed 6-49 and completed his maiden 10-wicket haul in Test cricket as Afghanistan overcame rain and fading light to crush Bangladesh by 224 runs in the one-off Test in Chittagong on Monday.

In only his country's third Test match, Rashid took three of the last four wickets to finish with a match haul of 11 wickets, helping Afghanistan bowl out Bangladesh for 173 runs in the second innings.

With four wickets in hand, the hosts were given 18.3 overs to survive after play resumed in the final session following a rain break but they succumbed with three overs to spare.

629 people are talking about this link