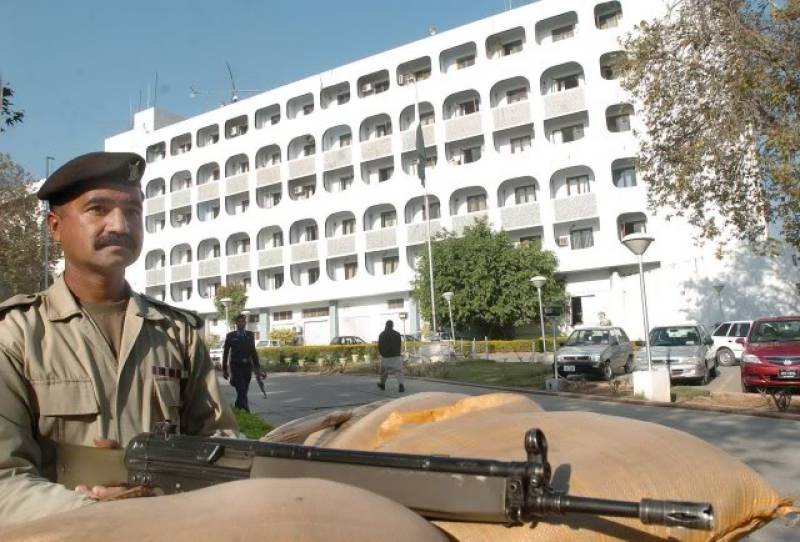 ISLAMABAD: The Foreign Office Spokesman said 62 days of continued atrocities by Indian security forces in Occupied Kashmir was a "matter of deep concern" for Pakistan.

He mentioned that 90 innocent civilians had been martyred so far along with 700 injured by shots of pellet guns.

He said Prime Minister Nawaz Sharif's objective of sending his 22 special envoys abroad was to highlight India's unjustified occupation of Kashmir and the ongoing brutalities in the valley.

When asked about the prospects of envoys convincing the countries already under Indian influence, he expressed the confidence that getting the message across through parliamentarians would prove "very effective".

The Spokesman dismissed the Indian claims that UN Security Council's Resolutions had become ineffective after the 1972 Simla Agreement between Pakistan and India, saying that "in no way the Simla Agreement overrules the UNSC Resolutions".

On Pakistan's alleged linkage with North Korea on nuclear proliferation, he said such reports originated from Asian News International, which was based in India.

He termed these reports as "clearly politically motivated" and said it would be illogical and irrational for Pakistan to carry out such clandestine operations and risk its repute in international community.

When drawn attention towards the United States asking Pakistan to "do more" against terrorists, he said in addition to such demands, there also had been repeated acknowledgment by U.S. about Pakistan's counter-terrorism efforts.

READ MORE: Pakistan Foreign Office replies to the letter of the Indian FM

He mentioned in this regard statement by U.S. State Secretary John Kerry who said that Pakistan had achieved significant success in counter-terrorism, and a similar acknowledgment by Senato John McCain after his visit to North Waziristan.

The Spokesman agreed to a report by Director of Peace Research Institute of Oslo that suggested Pakistan and Afghanistan to cooperate with each other as neighbours and remove mistrust to achieve common goals of peace.

He said Pakistan believed in constant engagement with Afghanistan to ensure peace through an Afghan-led and Afghan-owned process.