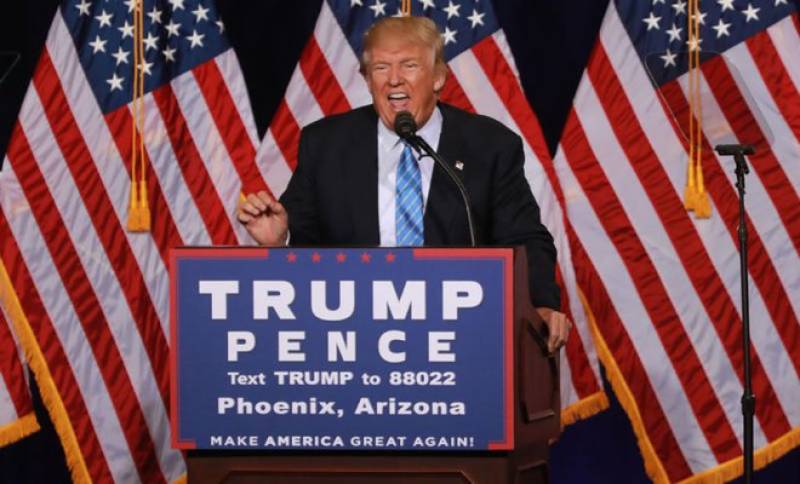 Hillary Clinton's rival in the US presidential race has raised eyebrows with his praise for Russian President Vladimir Putin, reviled by many in the West over his stance on Ukraine and Syria.

On Wednesday, the Republican nominee said at a New York forum on national security that the Kremlin strongman is "very much of a leader... far more than our president has been a leader", slamming Barack Obama.

Putin "has very strong control over a country," Trump added.

Had the Clinton-Trump race been held in Russia, there is no doubt over who would have the upper hand.

An August poll by the independent Levada Centre said 39 percent of Russians who follow the US election campaign would vote for Trump while only 15 percent would choose Clinton, who is seen as anti-Moscow after her time as secretary of state.

"Trump promises us a 'very good relationship'. Clinton guarantees us a very bad one," Alexei Pushkov, a lawmaker in Russia's ruling party, tweeted.

"You don't need binoculars to spot the difference."

"I like his ideas, Trump is a cool guy," said Vadim Lativ, an 18-year-old studying engineering in Moscow. "He has a good attitude about Russia -- Putin and him will get along."

"It's clear that Trump is a better friend of Russia," chimed in Vadim Voronov, a musician.

"All my friends support him," he said, though adding that Trump's character might not fit in with presidential duties. "It will be difficult for someone quite so spontaneous to have power."

"Perhaps it would be better to have Hillary, she's a mother... and wouldn't press the red button. Trump, yeah," he pondered.

"Trump is more popular than Clinton in Russia, because his political style is what Russians like: he is blunt, sometimes funny and feeds the 'anti-establishment' sentiment," said political analyst Konstanin Kalachev.

"But Russians forget that, even though he seems nice, he will follow US interests if he's elected," Kalachev added.

Anna Futoryan, a Russian working in New York City who was in Moscow on vacation, compared Trump to one of Russia's own politicians, the eccentric veteran nationalist Vladimir Zhirinovsky who is famous for his outlandish views.

She said she has been "shocked" by the extent of positive reception of Trump in her home country.

"Russian television shows him very favourably and my friends wrongly think that he supports Russia and that he will improve relations," she said. "That's completely false."

The Kremlin denies that Trump, who has visited Russia before, has ever met Putin, and ridicules accusations that it is meddling in the US election process.

US officials have pointed the finger of blame at Russia over a computer hacking of the Democratic National Committee -- with some saying Moscow is trying to tip the vote in Trump's favour.

Despite Putin calling him a "colourful" character, the Kremlin insists it isn't taking sides in the US elections.

"We are of course following the election campaign, we are undoubtedly taking note of the candidates' statements, and we see that de facto the Russia issue, the Putin issue has become practically a daily feature of the campaign," Putin's spokesman Dmitry Peskov said Thursday.

After years of bad blood between Putin and Obama over the crisis in Ukraine and Moscow's support for Syrian leader Bashar al-Assad, some Russians insist the Kremlin can handle whoever is the next US president.