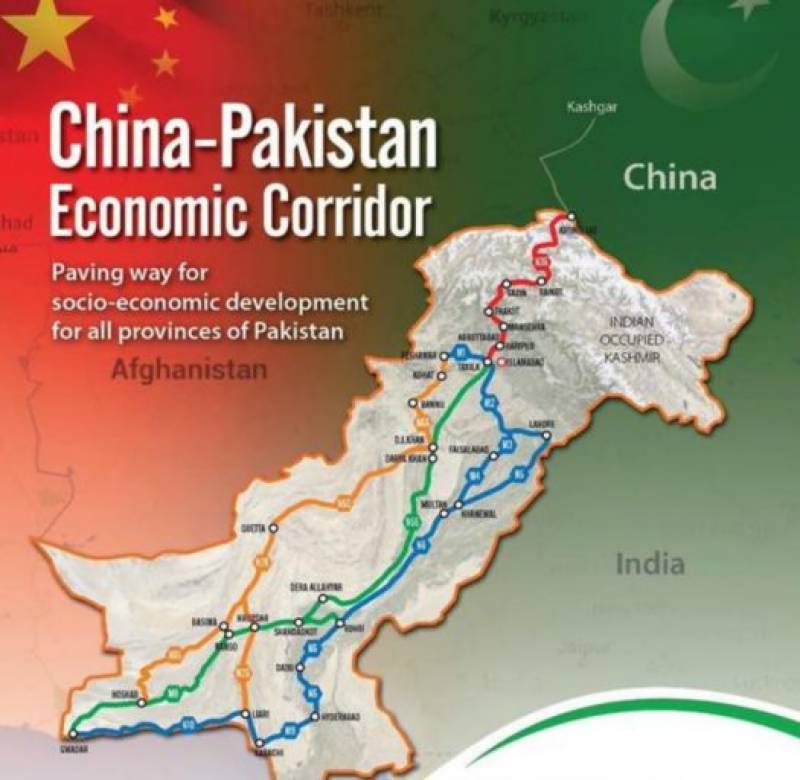 HONG KONG (APP): A former Prime Minister of Pakistan Shaukat Aziz has said that an incomplete statistics show that CPEC projects under construction have employed more than 6,000 Pakistani workers by the end of March, not to mention the employment indirectly created and driven by the projects.

Shaukat Aziz, an economist who served as prime minister of Pakistan from 2004 to 2007, made the comments on the sidelines of the "Belt and Road Summit - Financing Through Silk Road Bond" held in Hong Kong.

READ MORE: CPEC : How CPEC had given new life line to Pakistan?

A host of projects focusing on energy and transport infrastructure have been launched in Pakistan under CPEC, which Aziz said lead to job creation in both Pakistan and China.

"People having jobs and getting income from economic activities is where prosperity and development lies," he remarked Shukat Aziz in an exclusive interview with Xinhua news agency here Thursday.

Aziz said projects under CPEC also means more employment and growth opportunities for China, as it gives Chinese enterprises a market of some 200 million people. "That's why we call it a win-win for both."

The excitement over CPEC in Pakistan was because of power projects initiated by China, which Aziz said will significantly ease the power shortage in Pakistan.

Some sixteen projects have been sorted out in the energy sector to be implemented first, which can generate 10.4 million kilowatts of electricity in total, said Chinese Ambassador to Pakistan Sun Weidong during an interview with Xinhua in June.

A solar power plant in the city of Bahawalpur, built by Chinese company ZTE Energy, has recently installed a 300-megawatt generator unit, which can produce electricity enough for the daily power consumption of at least 200,000 Pakistani families, the ambassador said.

Aziz said the Belt and Road Initiative will take China-Pakistan relationship to the next level.

"Our relationship with China is deep, historic and multi-faceted, and increasing physical linkages will further enrich the relationship," he said.

In a broader sense, the former Pakistani prime minister said the Belt and Road Initiative is a driver for growth, prosperity, peace and better understanding between nations in the entire world.

The connectivity brought by the initiative would create linkages and interdependency between regions and countries, which is a great driver of peace, he said.

"If economies get a little more linked, I believe you will see improvement of the peace paradigm and people will find more positive approaches from countries in the region."

Connectivity is also a driver of economic growth, as it leads to more trade and travel that creates economic activities, according to Aziz.

"Once you do that, there is a common interest for both sides to do well, as you depend on your neighbor and your neighbor depends on you. That also leads to better understanding, and it leads to peace."

Referring to the role of China's Hong Kong in the initiative, Aziz said Hong Kong has a clear advantage to contribute as an international financial center and a "super connector" between the Chinese mainland and the rest of the world.

"Hong Kong, with its special expertise in the service sector and being a part of China, has an edge over any other place."

Hong Kong's financial sector should look at Belt and Road Initiative and other similar initiatives and be the conduit of funds and linkages between countries along the Belt and Road and China, he added.