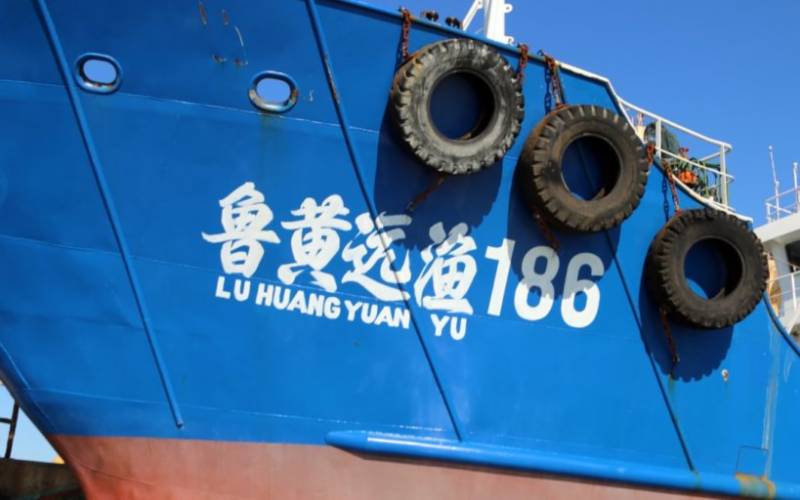 CONAKRY (APP): Two Chinese vessels face huge fines after being caught fishing illegally in Guinea's waters, including one fine of up to $3.4 million, the country's fishing minister said Thursday, as west Africa attempts to crack down on millions lost to foreign trawlers.

The Chang Yuan Yu 6 and Lu Jiao Nan Yuan Yu 102 were among 14 vessels identified as operating illegally in a joint operation mounted by Gambia, Guinea, Guinea-Bissau and Senegal between August 28 and September 1 as part of a European Union-backed initiative.

The Chang Yuan Yu 6 was escorted to port and held there, said minister Andre Loua, while the second vessel escaped.

The boats were guilty of "unauthorised fishing in our economic zone without the required licence," Loua said.

The maximum penalty of one million euros ($1.1 million) would be applied to the captured vessel while the second had the maximum doubled for the aggravating factor of fleeing.

The crew of the first vessel have been freed, according to the minister.