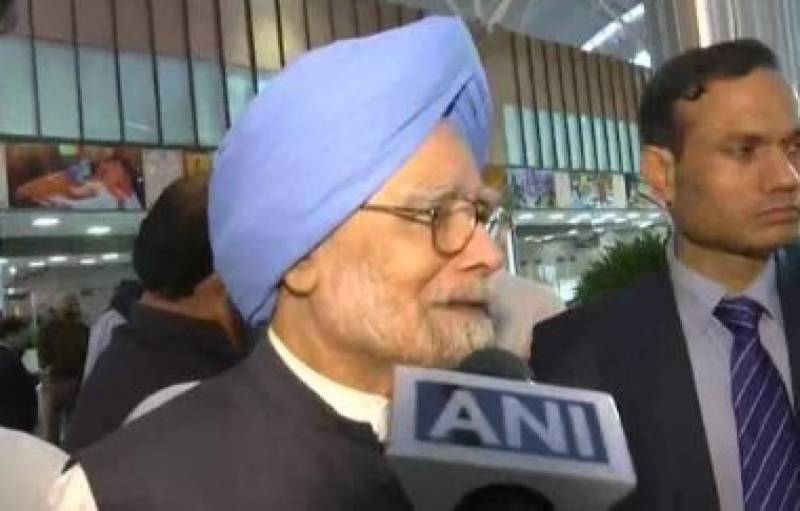 ISLAMABAD - The opening of the Kartarpur corridor will "enormously improve" relations between India and Pakistan, former prime minister Manmohan Singh said on Saturday after he arrived here as part of the first batch of the Indian pilgrims through the cross-border pathway.

He welcomed the first batch of the Indian Sikh pilgrims who entered Pakistan through the corridor which links Gurdwara Darbar Sahib in Pakistan, the final resting place of Guru Nanak Dev, to Dera Baba Nanak shrine in Punjab's Gurdaspur.

"India and Pakistan relations will improve enormously as a result of this beginning," he said. The 87-year-old two-time prime minister and his wife paid obeisance at Gurdwara Darbar Sahib.

Chief Minister Amarinder said the Sikh community has been waiting for a free passage for 70 years, and maintained that it is a good beginning, The Nation newspaper reported.

The Shiromani Gurdwara Parbandhak Committee members and all the 117 MLAs and MPs from Punjab including ministers are also part of the first 'jatha'. Earlier, Prime Minister Narendra Modi flagged off the first batch of over 500 pilgrims, saying it will be easy to pay obeisance at the Darbar Sahib gurdwara after the opening of the Kartarpur corridor. Advertisement

Asserting that he is fortunate to be able to dedicate the Kartarpur corridor to the country, Modi said the opening of the corridor and the integrated check post will bring double happiness to the people.

India and Pakistan relations touched a new low after the Indian government on August 5 abrogated the special status given to Jammu and Kashmir under Article 370 and its bifurcation into two Union Territories.

Notwithstanding a chill in bilateral ties over Kashmir, India and Pakistan after tough negotiations signed an agreement last month, paving the way for the inauguration of the Kartarpur corridor on November 9.

According to the agreement between Pakistan and India, 5,000 pilgrims from India can visit the shrine daily and the number can be increased in future. The requirement of passport and the USD 20 service fee have been waived for Saturday and for November 12 by Pakistan.

Separate events have been organised on both the sides of the border to launch the much-awaited corridor ahead of Sikhism founder Guru Nanak's 550th birth anniversary on November 12.